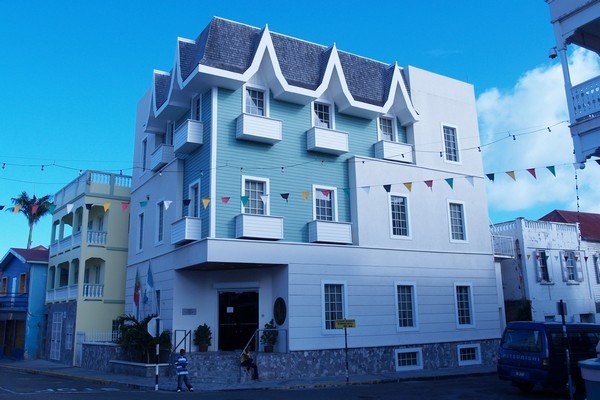 BASSETERRE, ST. KITTS (DBSKN) — The Development Bank of St. Kitts and Nevis (DBSKN) is celebrating the 41st anniversary of its founding in 1981. In celebration of its achievements, DBSKN will host a series of exciting events throughout the months of May and June in an effort to share with its members the milestones and challenges of the last 41 years, while looking forward to future opportunities.

Chairwoman of the 41st Anniversary Celebrations Committee, Chantelle Rochester, who is also the Bank’s Marketing and Product Development Officer, mentioned that the activities will be celebrated under the theme ‘A New Paradigm Shift In progress, while DBSKN celebrates 41 years of Growth, Stability and Success’ which was coined by Delinquency Officer, Kristyl Bristol, winner of DBSKN’s 41st Anniversary Slogan Competition.

The activities scheduled to mark the anniversary will include an Anniversary Raffle which will run from May 4 – 30. According to Rochester, this initiative seeks to reward forty-one clients in commemoration with their 41st anniversary.

She added, that once a client pays their loan facility during the month of May they get a chance to enter their name into the raffle box situated in our lobbies. Additionally, those who pay by salary deduction will be automatically entered and the winners will be chosen using a Random Generator (RG), winners will be announced on the 30th of May, 2022.

On the day of the anniversary, Sunday, May 22, the DBSKN Family will join the Light House Baptist Church congregation situated in Sandy Point for a Thanksgiving Church Service. This will be followed on Friday, May 27 by a Customer Appreciation Day, which will be observed simultaneously at our St. Kitts and Nevis branches. According to Ms. Rochester, the event will begin at 8:00 a.m. and clients will be treated to goodies and tokens.

Activities marking the Bank’s 41st anniversary will come to an end on Saturday, June 18 with DBSKN’s Annual Iron Man Walk. The walkathon will begin at Frigate Bay lawn and finish at the Seabridge.

According to Rochester as Marketing Officer, she has been paying close attention to various feedback regarding the lack of advancement in technology and has decided to lead the charge in reconstructing the bank’s website which will now facilitate loan payments, loan applications, appointment bookings, and sponsorship requests.

The opinions and feedback from our #Developers (clients) are really valuable to us, and we appreciate their continued loyalty and patronage as they continue collecting more cherished memories with us.