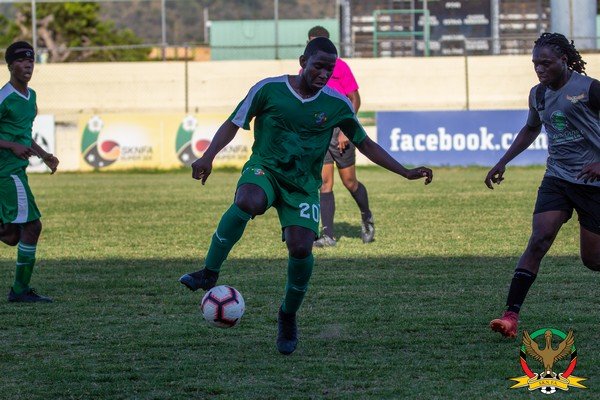 There were some exciting games in tow on Sunday. The first of a double header saw the two newly promoted teams: Hotsprings Bath United and TGE Dieppe Eagles. Both teams were in desperate need for points. In the end, it was Dieppe Bay who came out on top winning 2-1, with both goals coming from Shawn Dasent. The first one was an error from the goalkeeper, the second one a stunning strike in the low far corner of the goal.

Dieppe Bay however almost gave up two points after Jamal Matthew was sent off in the 74th minute with a straight red card for an attempt to strike and violent conduct. That left Dieppe Bay hanging for their lives for the rest of the match as Bath United piled on the pressure earning a consolation goal in the 81st minute from Venreee Richards. But Dieppe Bay did enough to win. Their coach is hoping this victory will motivate them to go on and win some more.

In the night’s other match, Flow 4G Cayon Rockets defeated Fast Cash Saddlers 3-0. After dominating the match in the first half, Cayon had nothing to show for it, but within a minute after making some substitutions, Cayon came to life and notched three goals.

Cayon Team manager Tyrone O’Loughlin said the players who came on midway in the second half were instructed to get their shots and target and they did just that. “The two that went on we told them, go, get the shots on target and as (N’Shakur) went on he did just that,” O’loughlin said. The 2021 SKNFA Premier League continues Wednesday at 6 pm at the Warner Park.