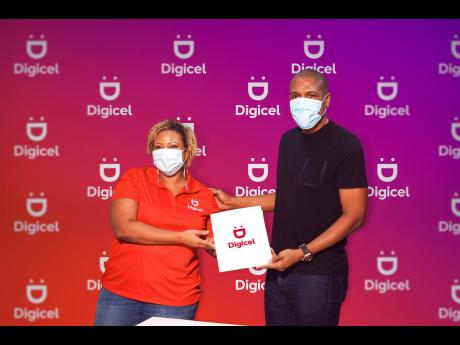 (Jamaica Gleaner) Heralded as a major development in professional football, Digicel has been named presenting sponsor of the redesigned Jamaica Premier League, through sponsorship of approximately $200 million over the next three seasons.

Digicel has teamed up with the newly formed Professional Football Jamaica (PFJ) – the body that will run the Premier League going forward – to announce that the competition will now be titled, “The Jamaica Premier League – powered by Digicel”.

Shortly after announcing this game-changing development, Chief Marketing Officer for Digicel Jamaica, Nasha-Monique Douglas, commented that the sponsorship is another strong signal of the digital operator’s support for national development through sports.

“The national sport in Jamaica is football, and it has significance in how we manage social development as a nation. Digicel can’t be a part of the country’s future without investing in properties that change people’s lives and football hits every single community across the island,” said Douglas.