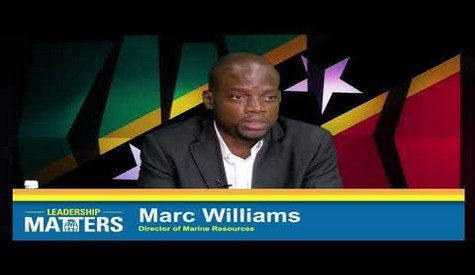 St Kitts and Nevis (WINN): Marc Williams, director of the Department of Marine Resources argues that aquaculture, the rearing of aquatic animals or the cultivation of aquatic plants for food is a food security investment worth taking.

On the September 15 broadcast of “Leadership Matters”, Williams reported on the status of aquaculture in St. Kitts and Nevis and the challenges to its development.

“Over the years there have been significant fluctuations in fish landings which gave rise to concerns about the future of the marine resources sector. These fluctuations are attributed to climate change, inadequately planned coastal developments, land-based sources of marine pollution, and unsustainable fishing practices.”

To date the Department of Marine Resources has used approximately EC $3,000,000.00 of the COVID- 19 relief funds to ensure that local fishers can continue earning a living while also minimizing food and nutrition security concerns.

The funds were used to purchase fishing gear and equipment including fish wraps, fishing wire, fishing hooks, fishing lines, and ropes, which are sold to fishers at 50% of the landed cost.

Williams reported that many net fishers, divers and aquaculturists were not sufficiently accommodated under the first dissemination of relief funds for the sector. As a result, preparations are being made to cover the needs of those groups under the next drawing of funds.

The totals for the first and second quarter 2020 fish landings, that is the catching of marine fish landed in foreign or domestics ports, amounted to 282,405 lbs valued at $3.2 million representing a 44,335 lbs increase from 2019 where total fish landings were 326,000 valued at $3.7 million

Williams credits the increase in total fish landings to the stimulus aid received.

Since the relaxing of restrictions Williams also reported that the Marine Resources Department has recognized an increase in fishing activity resulting from unemployment and underemployment in other sectors.

Williams noted that aquaculture is the fastest-growing subsector in the world and concluded by emphasizing the opportunity that aquaculture has presented in terms of combating food security concerns and as a new generator for possible revenue streams locally and through exports.