Director of NEMO: La Soufriere Volcano May Have An Explosive Eruption 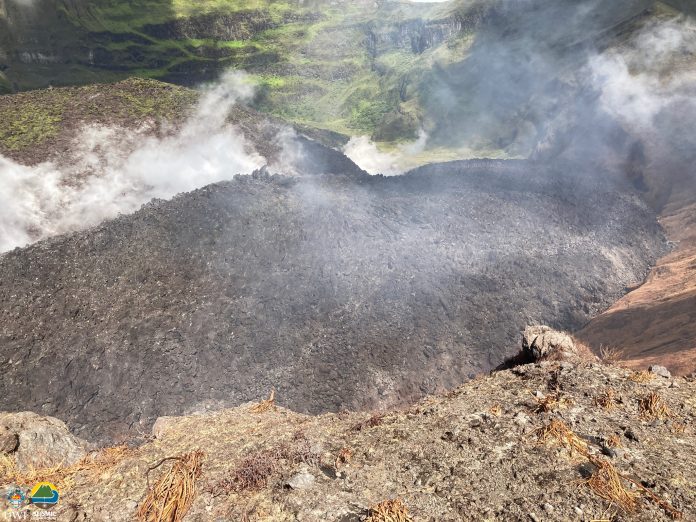 St. Kitts and Nevis (WINN): Residents of St. Vincent and the Grenadines are preparing for an explosive eruption of the volcano soon, according to a letter penned by the Director of the National Emergency Management Organization Michelle Forbes.

La Soufriere had been experiencing effusive eruptions since December 2020, where magma breached the surface of the crater of the volcano forming a new dome that continues to grow towards the north, northeast sides of the Volcano.

In early February St. Vincent and the Grenadines were put on Orange Alert.

Residents were told to be prepared at any time to evacuate.

Larissa Pugsley Kydd of SVGTV, spoke with people of the red zone communities to get their reports on what they have been experiencing during the week of March 22-26 and how they felt about the possible explosive eruption.

Based on the letter penned by Forbes, preparations for evacuations have been ramped up as she called for islands to pledge support in receiving evacuees.

A March 28 article on News784 stated that St. Lucia was stepping up its response plans in the event that it has to receive evacuees.

On the ground in SVG, local disaster planners have already identified shelters for those residents and others who may have to evacuate and the planning includes COVID-19 protocols.

Some were seeking clarity as to whether the recent seismic activity was linked with La Soufriere’s activity but the UWI-SRC said it did not appear to have a link.