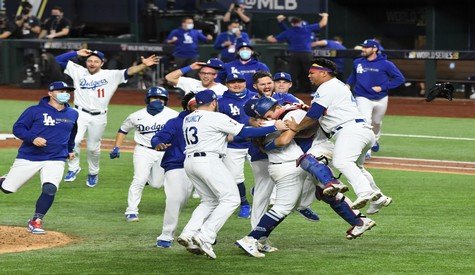 LOS ANGELES (Reuters) – The Los Angeles Dodgers ended decades of heartbreak with their first World Series win since 1988 on Tuesday, a 3-1 victory over the Tampa Bay Rays in Arlington sealing the best-of-seven championship 4-2.

The Dodgers’ triumph at their third World Series appearance in four years closed out a shortened season in which the final three playoff rounds were held at four neutral-site locations in a bid to limit the spread of COVID-19.

“We’ve had our hearts broken so many times and this group has worked so hard,” he added. “There’s a ton of emotion.”