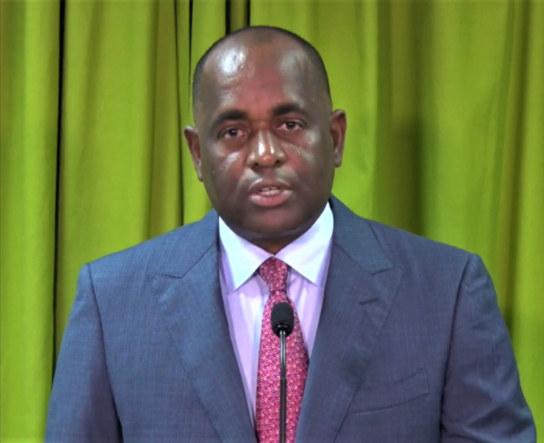 ROSEAU, Dominica, CMC – Dominica’s Prime Minister Roosevelt Skerrit says the government will soon announce measures aimed at easing the financial burden on citizens as a result of high fuel prices due to the ongoing conflict in Ukraine that has resulted in increased price for oil on the global market.

Dominica and other Caribbean Community (Caricom) countries, including oil-rich Guyana and Trinidad and Tobago, have had to deal with the increased price of the commodity and are taking measures to cushion its effect on citizens.

Speaking on his weekly television programme on Sunday night, Prime Minister Skerrit said the government is exploring the possibility of the customs service charge on petroleum products imported into the country.

“This is about three percent on the petroleum products we have here in Dominica. Some years ago we had removed the Elise tax and the customs service charge on liquefied petroleum gas (LPG) and kerosene,” Skerrit said.

“There have been no taxes on kerosene and LPG in Dominica for the last eight or nine years. Every cent we can save the consumers, is every cent remaining in their pockets, especially in these times and we are also looking ….the possibility of removing the freight and insurance as part of the consideration…and so on,” he continued.

Skerrit also said his administration intends to engage the private sector on the issues, adding “when the government takes those decisions the benefits are passed on to the consumer.”