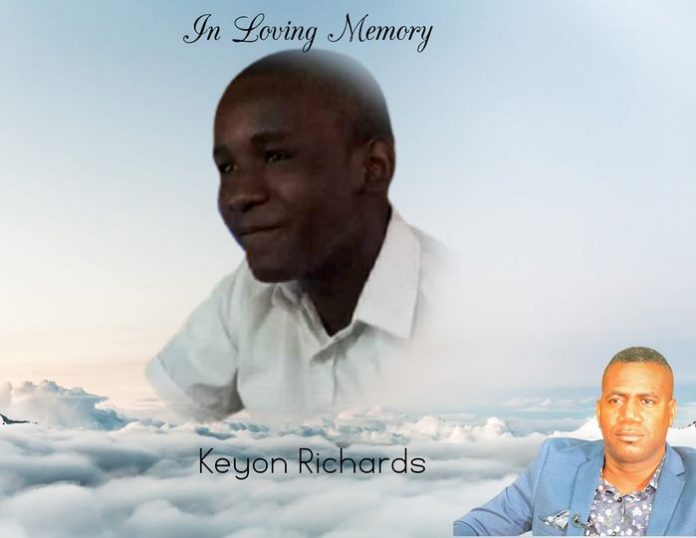 Basseterre, St. Kitts (WINN)-Deputy Prime Minister and Parliamentary Representative for Constituency # 5 Mr. Shawn Richards is expressing condolences to the family of Keyon Richards, the young man who died Thursday night at the Sandy Point Hardcourt after a tree fell on him.

“It is with an immensely heavy heart that I express the most profound, sincere, and heartfelt condolences on behalf of the entire community of Sandy Point to the Family and Friends of young Keyon Richards who passed last evening in such a tragic and untimely manner. We are ALL heartbroken by this tragedy but as we celebrate Easter let us not lose faith and trust in the Lord, and implore his blessings and comfort over Keyon’s family at this time of tremendous sorrow. May Keyon’s young soul rest in eternal peace.”

The incident occurred on Thursday night while the 15 -year- old, from Crab Hill, Sandy Point was playing basketball with his friends

Police responded to a report around 9 pm Thursday, according to a press statement.

” Investigations so far have revealed that the juvenile and his friends were playing a game of basketball when a large tree fell on top of him. His friends managed to escape. He was transported via the Emergency Medical Service to the Pogson Medical Centre where he succumbed to his injuries. He was pronounced dead by the District Medical Officer. An autopsy has been scheduled to determine the exact cause of death. Investigations into the matter are ongoing”, the police said.