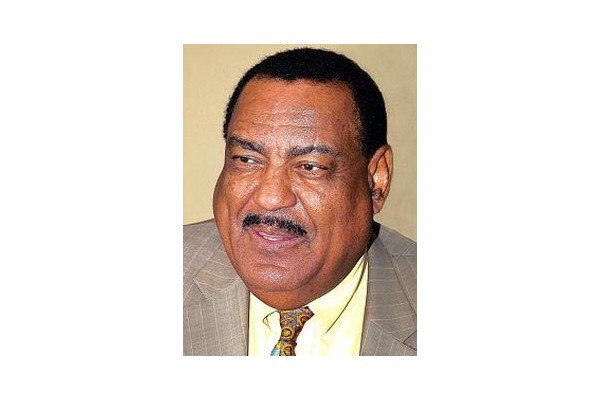 Paying tribute to the former prime minister who died Monday morning in Antigua, Dr. Douglas attested to a “legacy of leadership that resonated at both national and regional levels during both their tenure at the helm of Government.”

Dr. Douglas said Sir Lester was a man of many gifts and talents and above all, he is remembered for his delight and passion for nation building, regional uplift and his unique irresistible Caribbean spirit.

“Prime Minster Bird and I served in many situations and under very trying circumstances when the people of CARICOM and the OECS were confronted with numerous social, economic, financial and political challenges of immense crisis,” recalled Dr. Douglas.

“Prime Minister Bird never wavered in his willingness to defend our rights or stand against injustices whenever duty called,” said Dr. Douglas, who added that Sir Lester’s achievements are many and varied.

“He served as Parliamentarian for over 40 years; an amazing lawyer and impressive sports man. Yet, his indomitable ability to speak with pathos and power in the interest of Antigua and Barbuda, his undying love for the prosperity of his people, his devotion to the values of Trade Unions and the Labour Movement, and his winsome personality are worthy of much celebration and remembrance!” said Dr. Douglas, who served as Prime Minister of St. Kitts and Nevis from July 1995 to March 2015.

“On behalf of the Office of Her Majesty’s Loyal Opposition, the Labour Movement of St. Kitts and Nevis, especially the St Kitts-Nevis Labour Party, the nationals of this blessed Federation and my family, I express heartfelt condolences to the Bird Family and the good people of & Barbuda. May his soul Rest In Peace,” said Dr. Douglas.