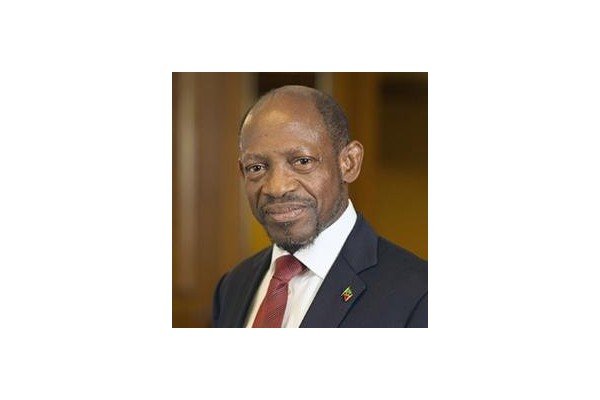 St.Kitts and Nevis (WINN): The Right Hon. Dr. Denzil Llewellyn Douglas, Minister with responsibility for Foreign Affairs in the Government of St. Kitts and Nevis has arrived in The United Kingdom to honour the life and service of Her Majesty Queen Elizabeth II.

Dr. Douglas was shown on the screen along with other dignitaries at Buckingham Palace, joining new Monarch King Charles III and members of the Royal Family for a reception ahead of the Queen’s funeral.

The body of Queen Elizabeth II is currently lying in state at Westminster Hall where thousands of people including world leaders and dignitaries continue to file past the coffin. The state funeral of the Queen will be held at Westminster Abbey in London on Monday, September 19 at 6:00 am Eastern Caribbean Time.

According to British news sources, about 500 dignitaries representing 200 nations are set to attend the Queen’s funeral. To guarantee security for the Heads of Governments and dignitaries 10,000 uniformed police officers and 2,500 military personnel have been deployed.  Guards on rooftops and surveillance drones will also fly overhead to heighten security during the funeral, sources said. Security for the funeral is believed to cost more than six million pounds and is considered to be the most expensive single-day operation in the United Kingdom’s history.