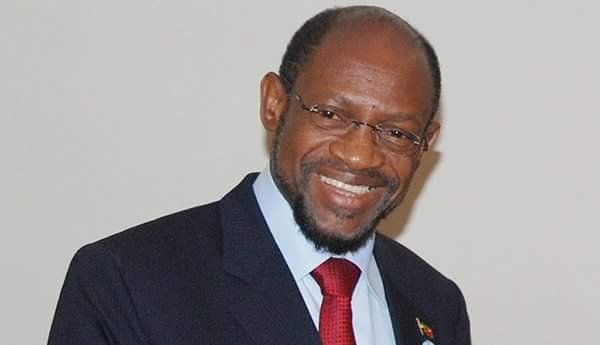 St. Kitts and Nevis (WINN): Former Prime Minister Dr Denzil Dougls says based on the responses made by Prime Minister the Hon. Dr Timothy Harris, after members of his Cabinet, wrote to him about concerns with the country’s governance, there would be no way to solve the tense political situation amicably.

“From the nature of the responses that confirmed in my mind that there would really be no success in bridging the divide, the healing was not going to take place with that kind of back and forth. I think the Prime Minister attempted to respond to each of those issues raised in some instances; the Prime Minister tried to… the two members who wrote the letter… ridicule them, you know. Basically, from the responses from the Prime Minister, He didn’t leave any room for further negotiations, and so I recognised that either the motion called or Cabinet would resign,” said Dr Douglas during an interview on WINN’s Island Tea with Jade Johnson and Devonne Cornelius on April 26.

The People’s Action Movement (PAM) and Concerned Citizens Movement (CCM) tried to oust Dr Harris from his position as Prime Minister through an unconventional approach by getting the Governor-General to force the Prime Minister’s resignation.

The approach was unsuccessful, and thus, a Motion of No Confidence was filed by six of the 11 elected representatives.

Previously the St. Kitts Nevis Labour Party filed a MONC in December 2020 but was unsuccessful because of a lack of support from other members of parliament.

Dr Douglas said while it was apparent that the Unity construct was suffering, the opposition did not file another MONC because they were still unsure of the support for that move.

“I am not aware that my colleague Dr Hon. Geoffrey Hanley for No. one was consulted. I was not consulted, but I am aware from what has been appearing in the media that there must have been some form of consultation of having the motion. In fact, we were being asked casually, “well, why are you not bringing the motion?” and we keep saying, “well, we are observing the situation.” What is the point of bringing a motion that may not be supported? Don’t forget, in December of 2020, six months after the election; I brought a Motion of No Confidence in the government.”

Minister Richards indicated that while the opposition was not lobbied for support of the most recent MONC, he is sure, based on their motion of 2020, the Labour Party would support the move when it does reach the National Assembly sometime in the next 21 days.

“While I cannot say that we have been lobbying them, from all of the debates which have taken place in parliament and from all of their public statements, we certainly know that they do not support Prime Minister Harris. As a matter of fact, some of us may recall that in 2020 the opposition brought a Motion of No Confidence against Prime Minister Harris. This is now a second motion which is being brought by members of the current government, and I am certain that they will support it,” said Richards in brief remarks to the press after the PAM’s media briefing on April 26.

“Maybe if I were in the Prime Minister’s shoes… if my Cabinet was saying to me, “boy Douglas we really don’t support you, you should go”, and this would have been expressed in his case, I would have probably resigned. But we are two different [people]. The Parliament is what was expressing the view that it has lost confidence in the Government [in 2012 against the SKNLP administration]. But here the members of the government, the Cabinet in majority, are saying and they wrote to His Excellency, the Head of State… and here is the Cabinet saying well we can’t work with this gentleman anymore. I mean, this is a serious indictment against the Hon. Prime Minister.”

Minister Richards expressed his confidence in his coalition partners winning the next election but understands there is a risk in addressing the concerns of MP, Minister Eugene Hamilton’s lack of confidence in the strength of PAM in some constituencies.

“Any election comes with certain levels of risk, and so Minister Hamilton made mention of that particular risk. However, from all of the information that I have before me, I am extremely confident that the other partners will retain their [seats] and that we will also pick up seats. Election is about doing the work, reaching out to the people and ensuring that the people are attuned with your agenda. We have begun doing the work in the different constituencies. The feedback thus far has been extremely good. We have put in place… part of our agenda for change, and we are confident that the people will buy into that agenda for change.”

Richards has an optimistic look on their chances, and so does Dr Douglas, who believes that his party can win. In what way, he said, he has no prediction for the outcome, constituency by constituency, of the next General Elections.

“I expect that the St. Kitts Nevis Labour Party should win the election. I believe that we can get a clear majority. I don’t want to give the specificity in terms of each constituency, mainly because the election is not yet called and mainly because a lot of the dynamics are still at play here and so we have to wait and see how the dynamics play out. For example, I believe that people are still looking for candidates. To be looking for candidates now and then for me to say that I predict that this is what will happen, cause we don’t know who the candidates will be against the Labour Party. But the Labour Party has done what it should have done, it prepared itself, we went through a process, an exercise of renewal from within, we rebranded, we restructured the leadership of the party, we made sure that a new leader emerged whom we all support and we hope that the new leader would lead us into victory, we have new candidates.” said the veteran during his interview on Island Tea.

Whether the SKNLP would be willing to welcome back Dr Harris or team up with PLP is a stance that has yet to be set in stone within the Labour Party. Dr Douglas said he cannot and would not say categorically that it is not possible because he did it in the past when he reached out a hand to the Nevis Reformation Party in 2010. Ultimately the decision lies in the hands of the leaders and delegate/electorate of the SKNLP.