Dr Douglas Agrees To Debate, No Response From Dr Harris 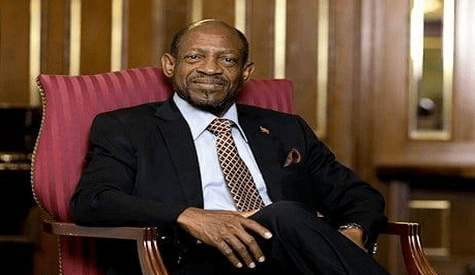 St Kitts and Nevis (WINN): WINN’s invitation to the leaders of the major political teams in the Federation has yielded only one response – the Leader of the SKNLP Dr. Denzil Douglas has agreed to the debate but there is silence from the Office of the Prime Minister.

Letters from WINN were dispatched to both The Office of the Prime Minister and the Leader of the St Kitts Nevis Labor Party on Monday, May 25.

The OPM acknowledged receipt of the invitation but at news time Saturday, May 30, there is no official response to the challenge.

On the other hand, the SKNLP wrote to WINN agreeing to the debate.

It was on the last edition of Inside the News that Dr. Douglas threw out the dare.

WINN’s chairman Garth Wilkin agreed to reach out to Prime Minister Dr. Timothy Harris and to facilitate the national debate on leadership. As it stands now on June 6, the day after the polls it is anticipated that either Dr. Harris or Dr. Douglas will be the next Prime Minister.

The WINN letter offered to arrange a debate on or before June 2 with the highest level of diplomacy and respect without vitriolic statements or allegations of misconduct.

The letter in part, read:

“We propose The Lincoln-Douglas Format, an open style of debate which places a heavy emphasis on logic, ethical values, and philosophy. It is named for the famous series of debates between U.S. Senate candidates Abraham Lincoln and Stephen Douglas in 1858. We envision that participants will agree on time limits and topics ahead of time. The proposed topics/questions to be addressed by both participants and time limits are as follows: 1. What are the three (3) most important lessons you have learned as Prime Minister of St Kitts and Nevis? [5 minutes] 2. How did you help to shape the Socio-Economic Structure of St. Kitts and Nevis Post-1995 / Pre-Pandemic in your respective roles in Government and what are your proposals to address the Post-Pandemic Socio-economic Realities? [12 minutes] 3. Why are you the better leader to take St. Kitts and Nevis forward at this moment in its national development, 37 years after Independence? [8 minutes] 4. Why is your team of candidates more suited to lead St Kitts and Nevis for the next five (5) years? [8 minutes] 5. A question voted on by the general public which will be provided to each participant at least 2 days before the debate. 5 minutes]. If you have questions please contact Managing Director Clive Bacchus at 869-662-9893 or email clive@winnfm.com. We anticipate a response by 4 pm on Wednesday, May 27, 2020, to give us enough time to finalize the logistics.”