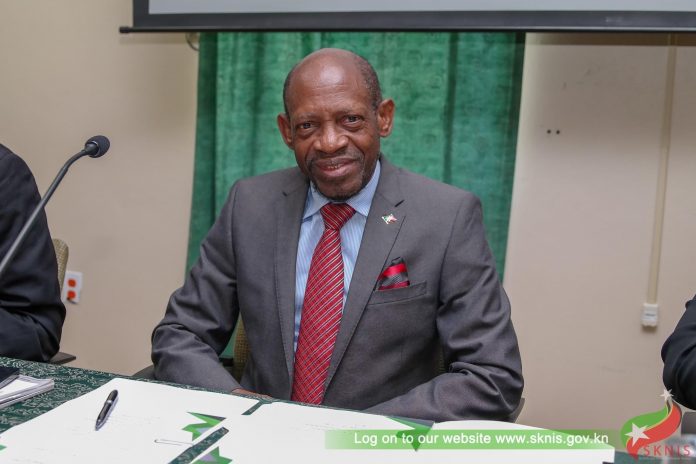 St. Kitts and Nevis (WINN): The Right Hon. Dr Denzil L Douglas, Minister of Foreign Affairs in the Government of St.Kitts and Nevis, said the leaders of CARICOM had a unified argument at COP27 as they addressed the effects of climate change on Small Island Developing States (Multi-dimensional Vulnerability Index) and the need of funding for climate action initiatives.

Speaking at the Post COP27 Press Conference, Dr Douglas said he believes that the argument by the CARICOM delegation was accepted by the international community after years of deliberations on climate change impact on Small Island Developing States (SIDS).

“My experience at COP27 was an amazing one. I was at the COP in Copenhagen, I believe, in 2014, but this (COP27) was different because people spoke out. People demanded recognition of ideas which for years went along the way unnoticed, and so, I believe that [there was] the acceptability of the MVI (Multi-dimensional Vulnerability Index [and] the acceptability that there is need for a fund; no longer a billion dollar fund, but a trillion-dollar fund. [It’s] not that we are asking that there be reparations, that you pay us for the damage you have caused us over the years, hundreds of years, but that you come sit at the table with us and recognise that there is something called climate justice and there is something now called climate action, which is determined to ensure that justice is delivered.”

Douglas suggests that small countries like St. Kitts and Nevis have suffered tremendously from climatic conditions that, by and large, were caused by the actions of larger countries.

“Even though countries like St.Kitts and Nevis were considered to be relatively high per capita income countries, even though we and had been graduated in the past out of concessionary support from those international financial organisations which were assisting us, even though we were considered to be high income or middle-income countries, we nevertheless suffered tremendous loss and damage from the climatic conditions which were being caused as a result of environmental disruption caused by those large industrialised countries that were emitting large quantities of carbon dioxide into the atmosphere, disturbing the entire environment and thus contributing to hostile hurricanes that’s destroying us down here, our infrastructure and people’s livelihoods on several occasions.”

What was the argument at COP27?

Douglas questioned, “Why should we continue to burn oil or diesel to generate electricity at high prices being paid by our consumers?”

According to Douglas, the overall consensus is that St. Kitts-Nevis should forge ahead and generate electricity from solar, wind and water rather than being consumers of energy imported at high costs. He suggested that the exportation of Geothermal Energy to neighbouring islands, as planned for the island of Nevis, can make life easier for residents.

Meanwhile, Dr Douglas said it was important that the CARICOM delegation share their concept or ideas with the world at COP27 in Sharm-El-Sheikh, Egypt, to ensure that Small Island Developing States like St. Kitts and Nevis are given a chance to survive in the future.