Dr. Douglas Congratulates CARICOM’s First Female Secretary General; Tells Her Predecessor he can be Proud of his Legacy 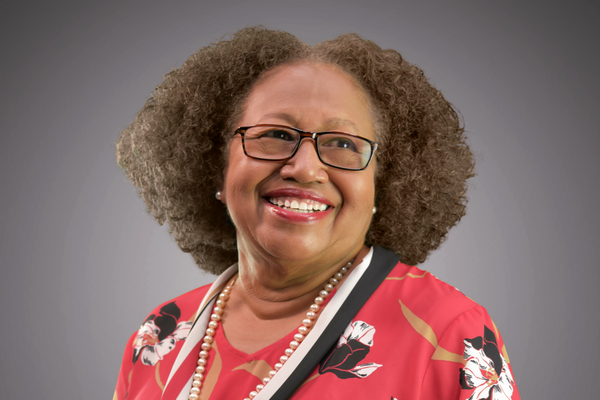 Basseterre, St. Kitts – Dr. Carla Barnett, who takes office on Monday 16th August as CARICIOM’s 8th Secretary-General has been told her appointment is historic as the first female to hold the position.

In a congratulatory message, St. Kitts and Nevis’ Leader of the Opposition, the Rt. Hon. Dr. Denzil L. Douglas told the Belizean national that her unanimous selection to serve as head of the regional institution after years of distinguished service in positions of leadership, in both private and public sectors, speaks of the confidence that is being reposed in her to advance the work and fulfill the vision of CARICOM at this critical juncture.

“Your appointment is opportune, especially as the region battles with the current pandemic and its deleterious impact on the peoples and fragile economies of member states. None will question your dedication to steer the regional organ into a new dispensation of regionalism in the face of myriad global challenges,” said Dr. Douglas.

The former St. Kitts and Nevis prime minister who served from 1995 to 2015 told Dr. Barnett, an economist, that devising the requisite innovative measures to embark on alternative pathways to socio-economic recovery of the member states will no doubt be among her major priorities.

“Indeed the close partnership that you have forged along your career path will augur well for guiding the way forward,” said Dr. Douglas, who wished Barnett a successful tenure.
In a separate letter to outgoing Secretary-General Ambassador Irwin LaRocque, Dr. Douglas, who was Prime Minister of St. Kitts and Nevis and CARICOM Chairman when LaRocque took office, placed on record his appreciation for LaRocque’s “sterling contribution to the Caribbean Community.”

“Your assumption of the duties of Head of the regional organization on August 15, 2011 was opportune and boded well for the strategic advancement of the work of the single market and economy and invariably strengthened the regional integration process positioning the member states to face the demands of globalization as a united front.”

“The strides that have been made to date in the integration process in large measure can be deemed a proud legacy of your tenure. We would agree that the last decade has not been without its myriad challenges, ranging from natural disasters to sustaining our competitiveness under the recent global health pandemic that has decimated human lives and livelihoods in all member states. You have laid the groundwork on which your successor can build with strategic partnership and cooperation,” said Dr. Douglas, who expressed “no doubt that you have garnered a wealth of experience in your career over the past years that could be channeled to your new sphere of endeavours. Best regards and continued success. “