Dredging at second cruise pier expected to cost US $2 million 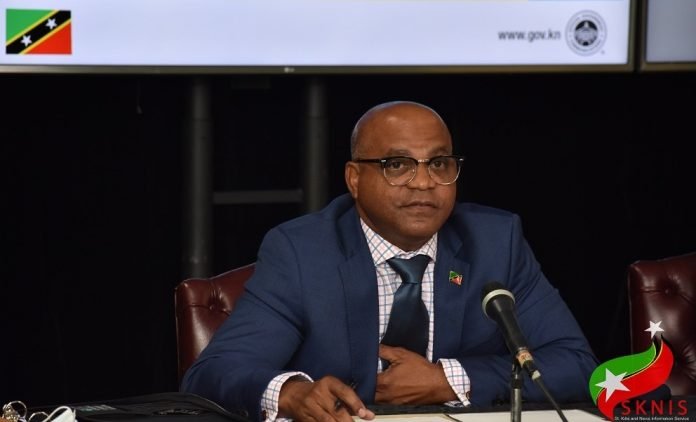 “We will do the work and then it appears as though it will be a legal issue to recover our funds but we can’t wait,” the Tourism Minister said on Friday, December 10, 2021, at a Ministry of Tourism press conference.

“The country cannot be kept back because of some egregious things by individuals so will proceed and seek to recover in the interest of the people of St. Kitts and Nevis,” he added.

Mr. Kiehtly Phillip, Chief Executive Officer of the St. Christopher Air and Sea Ports Authority, told journalists that the additional cost for the dredging will be US $2 million.

The second cruise pier was constructed at a cost of US$48 million by the Canadian Commercial Corporation (CCC) following the signing of a contract in November 2017 between CCC and the St. Christopher Air and Sea Ports Authority.

“We are not satisfied that their pier, as it is now, can satisfy the needs of what we want,” the Tourism Minister said at a press conference held on October 27, 2021.

“I got my cabinet colleagues to support me in terms of doing the necessary works to put it in a position to have three Oasis Class Ships…at any given time,” he added.

“We should see some concrete works beginning which will be able to join the second pier and the first pier in terms of the walkway. Cruise pier two has a bedrock and the cruise lines want a depth of 37 feet and we are off a little. We are going to dredge pier two for the bedrock to make sure when the barometric survey is done after dredging, we have a depth of 37 feet.”

Dredging will also happen at the cargo pier and the first cruise pier which will also see replacements of the fenders.