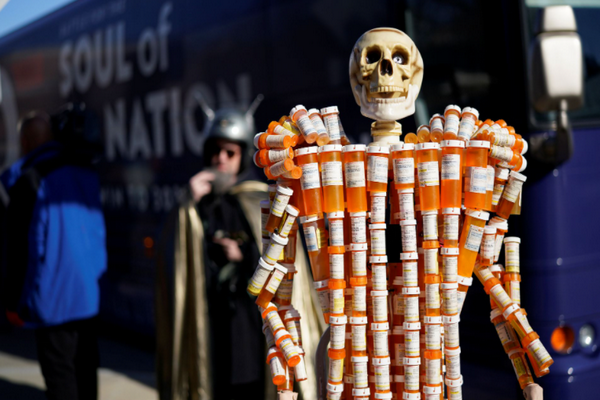 Sept 28 (Reuters) – The three largest U.S. drug distributors will pay more than $75 million to resolve claims they fueled an opioid epidemic in the Cherokee Nation’s territory in Oklahoma, marking the first settlement with a tribal government in the litigation over the U.S. addiction crisis.

The deal announced by the Cherokee Nation on Tuesday came after McKesson Corp (MCK.N), AmerisourceBergen Corp (ABC.N) and Cardinal Health Inc (CAH.N) along with the drugmaker Johnson & Johnson (JNJ.N) agreed to pay up to $26 billion to resolve similar claims by states and local governments.

That settlement did not cover lawsuits or potential claims by any of the country’s Native American tribes. The companies have remained in negotiations to resolve those cases.