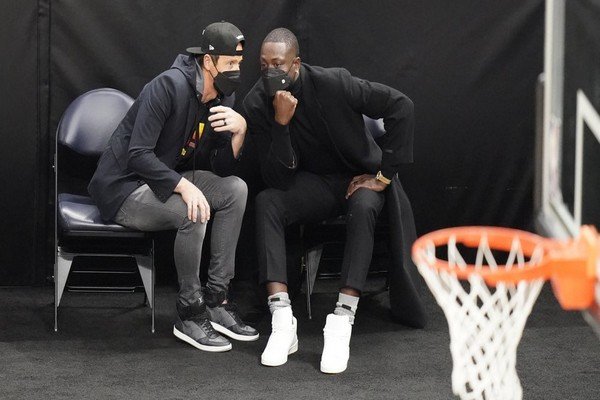 The Utah Jazz announced Friday that the 13-time NBA All-Star will join the youngest ownership group in the league.

The group is headed by technology entrepreneur Ryan Smith, who along with his wife, Ashley, acquired majority interest in the Jazz in late 2020.

Wade and Smith have known each other for several years and had discussed working with each other in various capacities.

“Dwyane is not only a basketball legend, he is also a great leader, businessman, and human being,” Smith said in a statement. ”As we continue to build on the incredible legacy of the Utah Jazz franchise, we are excited to add Dwyane’s experience and expertise to the equation. Utah is an amazing place and I couldn’t be more thrilled about the future of the franchise and the future of this state. Dwyane’s influence will be important to both.”