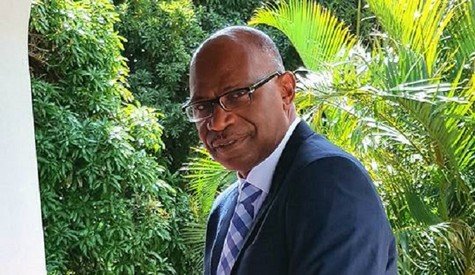 Mr. George was a social activist and host of “Early in the Morning “, a show broadcast live on Facebook that attracted thousands of viewers seeking a perspective on local, regional and international news.

Mr. George, Tuesday morning introduced his program in the usual fashion before inviting his media colleague Beverly Sinclair, in Grenada, to air her views on how “everyday” people appeared blind to the challenges of the visually impaired, including access to public transportation and dealing with COVID-19 realities, in a segment of the show “Thoughtful Tuesday”.

The news of Mr. George’s death was greeted with incredulity by some and people rushed to his Facebook page to see if he had appeared on “Early in the Morning”. But, while he introduced the program, he never reappeared after the segment “Thoughtful Tuesday” despite prompts from his co-host.

As his death was confirmed, tributes poured in on Facebook with relatives, friends, colleagues and fans expressing shock and deepest condolences.

His wife, Valerie Tucker-George posted on Facebook that she was still in shock after discovering her husband dead on the floor of their home.

Mr. George, the managing director of Island Media Marketing also hosted the made- for -television series “Time to Face the Facts” aired on Caribvision.

Apart from his work in the media, Mr. George was also an Internet and Mobile Marketing Expert with a background in Telecoms Engineering and Public Relations.

He was a regular contributor to news and programs on WINN FM 98.9 over the years.

We extend sincerest condolences to Mr. George’s family, friends and many supporters across the region.