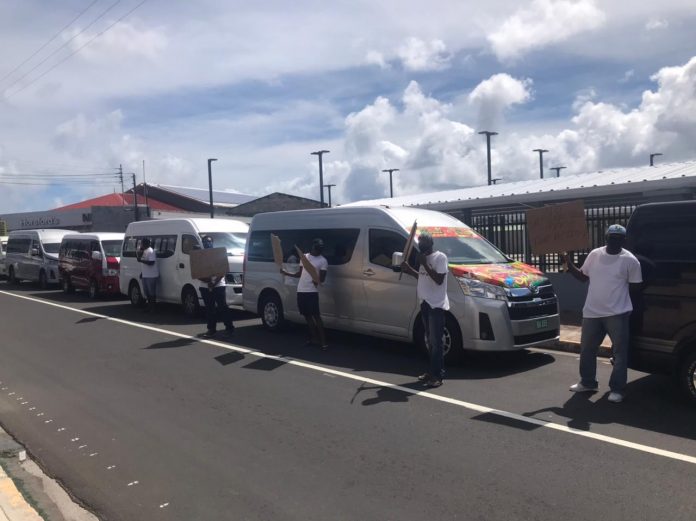 St. Kitts and Nevis (WINN): It seems like the squeeze has indeed been eased for the East Bus Association.

The members of the East Bus Association are back out to work one day after a very public demonstration in Basseterre.

Monday, March 15 members of the East Bus Association began protest action at the East us Terminal.

14 Omnibuses blocked the entrance and the exit of the terminal during the industrial action.

WINN confirmed that the 14 buses were ticketed at EC$100 each and three of those buses were also towed at a cost of EC$175 each.

Interestingly enough one of the main complaints from the association was a lack of police presence at the terminal and yet the police turned out to perform their duty by ticketing the drivers for the buses that were illegally parked in protest.

President of the East Bus Association Jefferson Pemberton confirmed that representatives of the association met with members of the Cabinet on Monday to discuss their concerns.

He declined to provide details of the meeting but told WINN a press release from the government was expected shortly.

Pemberton also told WINN that the authorities had waived the fines imposed on the drivers, for obstruction, on Monday.

Can we call this a win for the bus association?