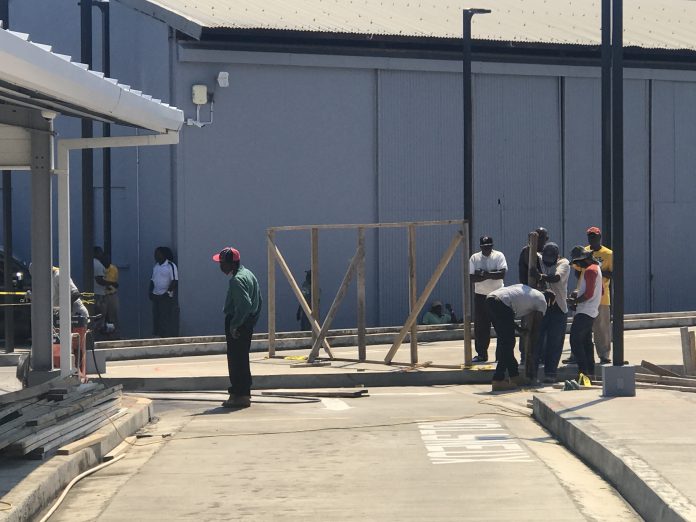 St. Kitts and Nevis (WINN): Construction on the East Bus Terminal continues more than a month after the East Bus Association engaged in protest action at the terminal and in front of Government Headquarters.

According to the President of the East Bus Association Jefferson Pemberton, the work being done on the expansion of the lanes in the terminal is about 90 percent complete.

The work at the terminal began during the week of March 22 and was scheduled for completion a month later, which would bring the completion date to this week (April 19-24).

With the construction ongoing, the bus drivers continue operations at Bakers Corner.

Pemberton reports improvement in the flow of passengers.

“There has been tremendous improvement in terms of passengers flowing [at] Bakers Corner as opposed to at the terminal,” said Pemberton before continuing to explain why he felt the flow of passengers had improved.

“Because when you are down at Bakers Corner, there is a cutoff point… you are able to manage the Bay Road buses coming up and picking up passengers… it’s a kind of deterrent,” he explained, suggesting the flow of traffic at Bakers Corner does not allow the West Line Buses to easily poach passengers.

So what will happen when the buses return to the terminal?

Pemberton was unable to answer that question but indicated that a meeting would be held with the bus operators and the Government on Wednesday, April 21.