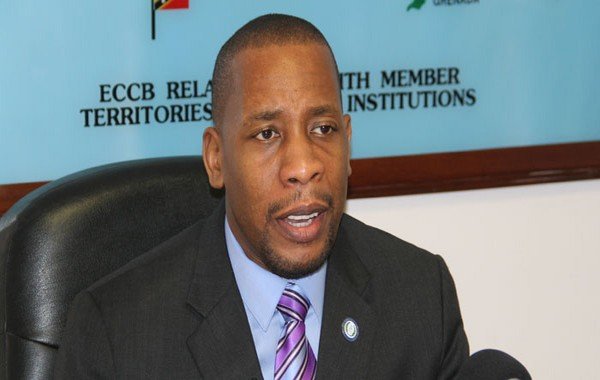 St. Kitts and Nevis (WINN) – For months, the phrase “raising interest rates to drive down inflation” has been a critical talking point in the financial and business sectors locally, regionally and internationally.

The Global COVID-19 pandemic has caused historic downturns in the global free market economy. The scarcity of essential goods increased, and countries focused on food sustainability and saving foreign currency. In the current situation, global logistics and shipping costs have increased, particularly with China as the world’s largest exporter of goods, was shuttered by the pandemic.

The shortage of goods and supply chain issues were compounded when Russia invaded Ukraine, and energy security became another issue.

The European Union (EU) sanctioned Russia and attempted to impact its economy negatively, but that move quickly turned against the EU as the union’s countries depend on Russia for a substantial supply of natural gas.

Last year Russia supplied EU countries with 40 percent of their natural gas, with Germany relying the most on that supply.

Gas became scarce, prices rose, and the trickle-down effect ensued until it was felt in the pockets of the everyday man.

The solution for many countries and financial institutions was to raise interest rates to drive down inflation.

Inflation is the rate of increase in prices over a period of time. An interest rate is the amount of interest due per period as a proportion of the amount lent, deposited, or borrowed from a financial institution.

What is the theory behind raising interest rates to counter the rise in the cost of goods?

According to the experts, “if it’s more expensive to borrow money or carry a balance on a credit card, consumers will spend less. When spending declines, demand will fall and, eventually, so will the price of everyday goods.”

Governor of the Eastern Caribbean Central Bank (ECCB), Timothy N J Antoine, said there is concern that that approach could bring on a global recession.

“There is a concern that as they do that they could bring on a recession, which nobody wants. And we’re already seeing the global economy slowing. So there’s a lot of discussion about how to do this without landing the global economy in a recession. It’s not easy. It’s a very narrow path, and there is going to be, as you saw from the forecast from the managing director of the Fund, there will be a slowdown, and in some countries, it looks like there’ll be a recession.”

With the projection of possible recessions in some countries, the concern now turns to the region. As Small Island Developing States with high imports of goods and dependence on service industries, primarily tourism, what is the region’s outlook?

“We are not at this stage projecting a recession. We are still projecting growth next year. We are still recovering from COVID. Tourism is rebounding very well. Frankly spoken, the difficulty with tourism is really air connectivity as in regional air transport. If we have better connectivity arrangements, we’ll be doing even better [in] tourism and overall economic growth. But what is happening with inflation is definitely putting a damper on things, and so we expect to grow next year, but not as fast as we originally hoped. Next year, at the moment, we are still forecasting five percent. We will revise that towards the end of the year. So I’m not in a position to say what that target number will be, but in the ECCU, we still expect growth next year.”

While there is a growth projection, the International Monetary Fund (IMF) forecasts a decline in growth.

During the October 2022 Western Hemisphere Department Press Briefing at the IMF Annual Meeting in Washington DC, Gustavo Adler, Deputy Division Chief of the Research Department, International Monetary Fund, said that the IMF sees a dynamic in the Federation similar to the rest of the Caribbean.

Alder said, “the economy has recovered quite a bit this year. If I were to project growth at 9.8 [percent] for 2022, helped by the recovery in tourism. Now, going forward, because of the global slowdown that we are projecting, including in the U.S. and Europe, we see tourism weakening as well for next year, so growth we are projecting at the moment 4.8 [percent] for 2023.”

If the US economy continues to slow and the possibility of recession becomes close to reality, the projection for economic growth in the Caribbean region, specifically St. Kitts and Nevis, would shrink further or worse.

“There are multiple channels, so if you start with the fact that a slowdown in the US economy, even a possible recession, is not good for tourism. Eventually, households in the US will find that they have less disposable income and, therefore, less means to travel. It is too early to say that there is going to be an immediate impact on tourism. But certainly, if [the] recession is not short-term or short-lived; if it extends for a year or more, you will eventually see it, with a lag, impact on tourism. People just don’t have the same disposable income. If, you know, for [the] household you were spending $30 of $100 on food, and you’re spending $60, then clearly you don’t have the same amount of money to make decisions for travel and leisure.”

The ECCB Governor explained the possible impacts of the US economy on the financial markets, remittances and more.

The Governor continued, “and then there are other things like remittances. The fact of the matter is we rely very heavily, in the Caribbean, on remittances. If people have less disposable income, then obviously, you could see a reduction. Although I must say what we have seen in the past is that remittances have been very resilient in crises, more resilient than you would think. But the fact of the matter is if people have less disposable income or they’re unemployed, then they are not in a position to share or to send back as much as they would. So there are many potential implications for our region.”

What is the consensus on the state of the global economy?

Antoine said the current trend of raising interest rates to drive inflation down is not likely a short-term imposition as there is no indication of how the Russia/Ukraine situation may develop or devolve.

“The consensus is that we don’t know how long the war in Ukraine will last, and we don’t know for sure how long inflation will last the current inflation spike. We hope it will come down. In the next week or two, we’re going to get another report on inflation in the US and then we have to monitor for the rest of the year to see what happens with inflation. But at the moment, we do not see an immediate or short term; this is not a three months thing. When I spoke at the Monetary Council in July, I said our working assumption is that this could go on for at least 12 months, maybe longer. So we definitely talking into next year.”