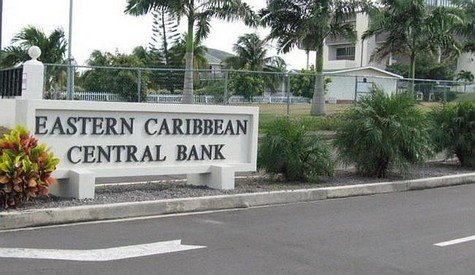 St Kitts and Nevis (WINN): No specific date for the launch of the EC digital cash (DCash) app has been announced but the time is drawing nearer for what officials describe as more ways to make cashless payments during daily transactions.

In the finale of the four part Digital Dialogues series entitled “Pandemic and Digital Currency”, held Thursday July 30, Governor of the ECCB Timothy N. J. Antoine declared that the basic proposition of the project “is that the EC digital cash or DCash for short, will be the Fastest, Safest, and Cheapest way to make the DCash app is currently in Beta testing, or the final round of testing before it is released to the public.

Mr. Antoine was joined by Sharmyn Powell, Chief Risk Officer and Head of Corporate Strategy and Risk Management and Chairperson ECCB Fintech Working Group, Sybil Welsh, Senior Project Specialist, and Genelle Lake, Information Systems Analyst as they discussed how EC Digital Cash can be used to pay for goods and services with a deeper dive into the overall user experience of the EC Digital Cash (DCash) app.

Sharmyn Powell described the concept of the DCash app and the two wallets that would be available at the pilot.

“The digital wallet is actually the app that gives you access to your funds. Your digital funds or your DCash is stored on the blockchain (Transactional digital information) and your app which is on your device… gives you access to those funds.” She went on to describe the two types of wallets:

The need for contactless monetary transactions has become a topical concept in light of the COVID-19 pandemic.

Although the ECCB stated the development of the app was pre-COVID-19 inspired by the ECCB 2017-2021 Strategic plan, the pandemic provided the push necessary to expedite development.

Things to note about the D-Cash app:

– D-Cash is a wallet and does not operate like a regular saving account. Thus, interest in not gained. Only move enough money for day to day expenditure, not to save and accrue interest.

– D-Cash is an app that requires an internet connection. However, will not cause users to use up their data plans. The ECCB and regional telecommunication companies have agreed on a zero rate charge.

The broadcast also featured some audience engagement through polling, gaining some insight on thoughts about the project as a whole.

The first poll proposed several scenarios as to when persons may use the app. As noted in the graph, the highest number of use was for quick payments.

In the second poll asking about overall feelings towards the app, 49 out of 108 votes saw the potential/benefits of the app while few indicated the need for more information and convincing.

Currently, four countries are involved in the pilot launch of the app: St. Kitts & Nevis, Antigua and Barbuda, St. Lucia and Grenada.

The ECCB specialists, during the panel discussion, urged good cyber hygiene. Password protect your devices, be aware of the security capabilities of not just the cash app but the entire smart device as a part of personal responsibility.