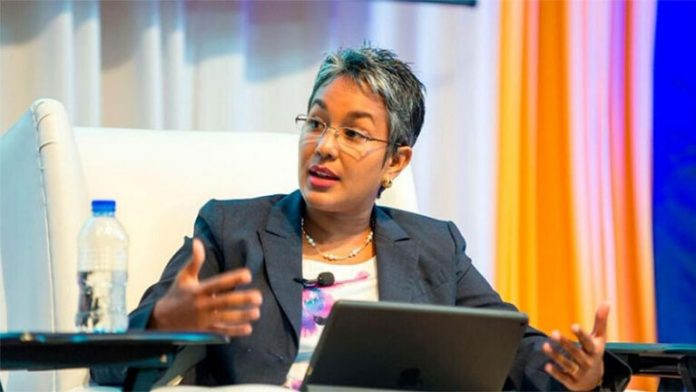 Georgetown, Guyana( Kaieteur News) – The Guyana Government, in the first quarter of the year, contracted some $44B in credit from domestic banks while local businesses managed to secure $6B, a position that is seeing the private sector—long considered as the engine of economic growth in a mixed market economy such as Guyana—being likely crowded out by government

investments. This is according to the latest analysis of Guyana’s economic standing, by Caribbean economist, Marla Dukharan.

In her most recent Caribbean Monthly Economic Report, Dukharan observes that domestic credit to the public sector in Guyana grew by 47 percent, year over year, in March 2021.

She also notes in the report that consumer prices rose two percent in the same period, mainly due to a 5.7 percent rise in food prices and a 3.4 percent rise in the cost of Health and Medical Services.

The Caribbean economist also noted in her summary report that Guyana exported its sixth cargo of oil in April 2021, adding an expected US$60 million to the March balance of US$268 million in the country’s Sovereign Wealth Fund.

The report also noted the differing growth projections for Guyana made by the two major international financial institutions, the World Bank and the International Monetary Fund (IMF).

The economist had, earlier in the year, found that the 43.5 percent growth in 2020 was realised as oil production came online and that the sector accounted for 16 percent of total economic activity and contributed 65 percent more to Gross Domestic Product (GDP) than gold and 25 percent more than agriculture.

At the time it was noted that Guyana’s non-petroleum GDP contracted 7.3 percent as gold output declined by 8 percent, construction by 6 percent, wholesale and retail by 28 percent, and transport and storage by 30 percent.

The Financial sector, on the other hand, realised growth by three percent, while Real Estate activity remained virtually flat.

It was noted that while international reserves ended 2020 at the highest level since 2014 at US$680.6 million, this has since dipped to $627 million in March, down from US$699 million in January.

(More of Marla Dukharan’s analysis can be found on her website, MarlaDukharan.com)