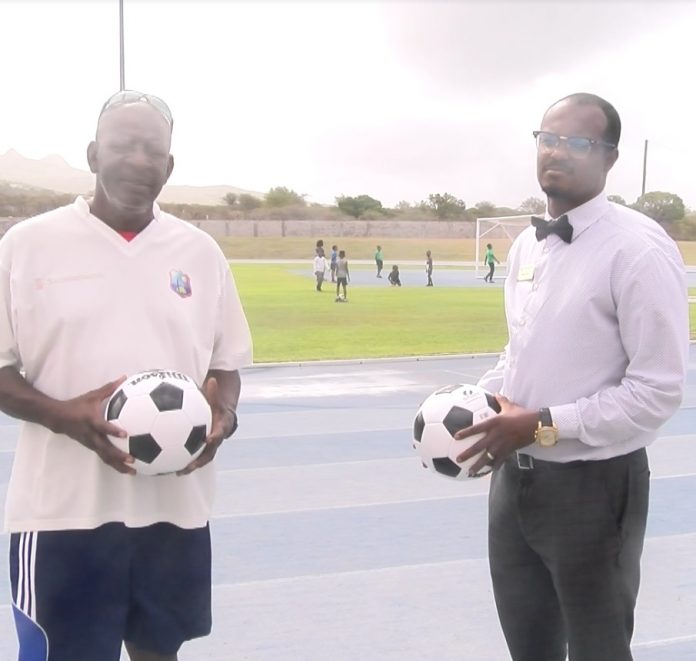 In previous years, the Football camp was held at the St. Thomas’ Primary School, but this year, the new venue is the Nevis Athletic Stadium or the MONDO track.

There was no official opening ceremony this time around but Caines in an interview indicated that the camp will close on Friday 22nd July, with the possibility of a certification ceremony.

Caines used the opportunity to thank the many sponsors who have supported his program throughout the years, naming almost all of the significant business institutions on the island, as sponsors.

One such sponsor, the Bank of Nevis, was represented by its very energetic Marketing Officer, Pheon Jones, who noted that the BON strong family will always be supporting such programs, as the institution believes in helping people to develop and grow.

He also indicated that the Bank will be giving some custom designed footballs to the participants.

This year, some 37 children, mainly from the Primary Schools and early Secondary Schools, have registered for the program.

For the first week they will be taught or refreshed in areas such as dribbling; passing; shooting and controlling the ball and also aspects of goalkeeping.

During the second week, they will be introduced to more advanced aspects of training.