Efforts on to get air service between Africa and Barbados 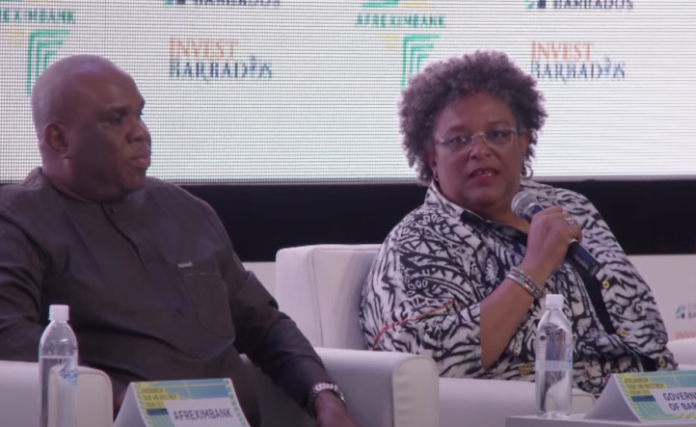 by Marlon Madden (Barbados Today) There could be a chartered flight between Bridgetown and at least one African nation in the coming months, Prime Minister Mia Mottley has announced.

At the same time, President of the African Export-Import Bank (Afreximbank) Professor Benedict Oramah, who said there could also be a routine service within the next five years, pledged financial support for the establishment of a regular air link between the two regions and indicated that the region could become home to African-based commercial banks.

These were among the areas for concrete action coming out of the first ever AfriCaribbean Trade and Investment Forum, being held at the Lloyd Erskine Sandiford Centre, at which a major talking point was the need for an air link between Africa and the Caribbean as well as increased investment and trade.