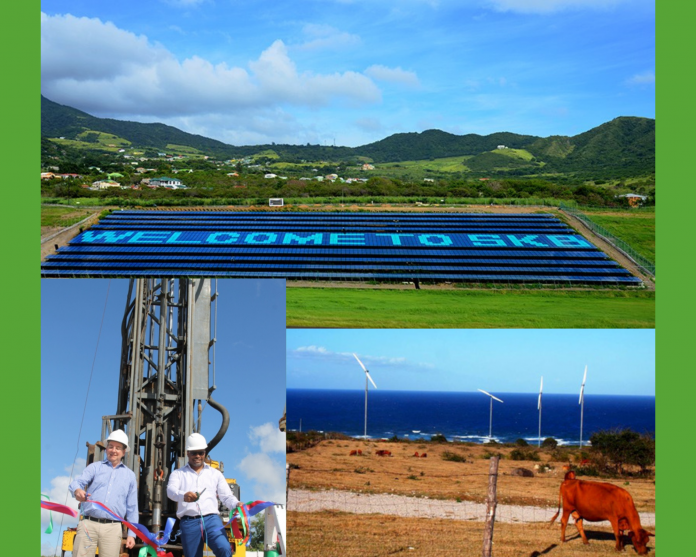 The pending construction of the US$70 million ‘Lechlanche Solar-powered Farm’ in the Basseterre Valley area will be the largest solar farm in the Caribbean, according to the General Manager of the St.Kitts Electricity Company Mr Clement Jomo Williams.

The groundbreaking ceremony for the potential 18 megawatts of power supply was in December 2020, intending to generate almost one-third of the country’s electricity needs reducing carbon dioxide emissions by more than 740,000 metric tons.

The Federation is expected to invest in renewable energy with plans for a 35-megawatt solar farm over the next two years, according to the Minister of Environment, Hon. Eric Evelyn during his national statement during the last year’s COP26 summit.

Another solar farm, at the cost of US $2.5 million, was built in 2013 by the governments of St Kitts and Nevis. The Republic of China (Taiwan), SCASPA, the Sugar Industry Diversification Fund (SIDF), and the St Kitts Electricity Corporation (SKELEC). The farm was expected to save SCASPA more than EC$1 million in electricity costs annually.

On Nevis, a 2.2 MW Wind Farm at the cost of EC$10 million has been constructed at Maddens Estate on Nevis supplying wind energy to the electricity grid and plans to build out geothermal energy from the geothermal reservoir there was discovered in June 2008 at Spring Hill in Nevis.

Other efforts include the start of a three-part webinar on Battery Storage Systems and their Application in Electric Vehicles and Smart Grids to be held throughout May and target public and private sectors; policymakers, managers, engineers, technicians, and academics.

Chairman of SWMC, Mr Ivan Hanley, and Anthony Da Silva, Director at EDBS, signed the engagement documents to officially appointed EDBS to the project in March.

The firm is responsible for conceptualising, structuring, and securing finances for the technology-driven project.

Gasification involves converting biomass and solid and liquid waste material into a gas.

Power could be derived from the combustion of this gas, a source of renewable energy.

The waste to energy project will advance and improve waste handling at the island’s landfill and provide an alternative energy source for the country.

According to the SMWC, the plant will help stabilise the cost of electricity for residents and eliminate further environmental damage at the landfill.

Across the region, efforts continue to swing the shift to renewable energy.

According to an article published by Reuters, the Caribbean should speed up its transition to renewable energy in light of the jump in the cost of fuel imports since the start of the war in Ukraine.

CDB President said that imported petroleum products provided 80 percent of the energy needs of the 19 countries and added that the cost of importing fuel is around $7 billion annually and reaches back to the consumers of electricity where they pay three to four times that of developed countries.

To move to complete dependence on renewable energy, the Caribbean would need to install 320 megawatts of new renewable power each year and require an annual investment of $1.2 billion.