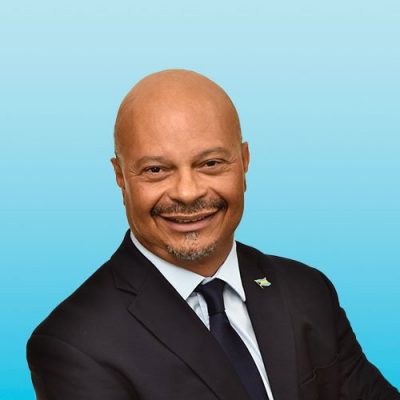 Thompson was listed amongst various directors and stakeholders from Caribbean Tourism Organisation member countries to give an overview of the tourism brands in their respective countries.

During his presentation, Thompson notified the delegates of the new Minister of Tourism, the Hon. Marsha T Henderson. He said her focus will be on the resumption of Tourism in St. Kitts and how to connect the dots in terms of Community Tourism and getting more involvement from the local communities, including the youth and entrepreneurs.

A recent achievement outlined was the lifting of all COVID-19 entry protocols in St. Kitts effective August 15, allowing all vaccinated and unvaccinated travellers into the country. Thompson also highlighted the return of the St. Kitts Music Festival in June which attracted about 4,000 visitors, provided employment opportunities to locals, and generated revenue of about EC 14 million dollars.

In addition, the St. Kitts Tourism CEO spoke about Restaurant Week, describing it as very successful with the participation of about 20 restaurants. According to him, the intention is to make the event more regionally and internationally known.

“We also had the opening of new properties. We have the Sunset Reef in St. Kitts; seven luxury apartments and it’s truly pioneering, in fact, they have used very sustainable principles in opening this particular hotel. We also have the Ramada by Wyndham which is scheduled to open in the coming winter season and that’s going to be 222 rooms, that’s going to be available in St. Kitts. We also had the reopening of the Belmont Farms and its luxury accommodation that is now available for local and international guests.”

“In terms of what we’re doing with Sports Tourism, we’re not only bringing the events to St. Kitts, but we’re also making sure that we’re getting the expertise that these players bring and transferring that into our youths as well.”

As it relates to travel, more specifically Cruise Tourism, Thompson said the cruise business was like the “lifeline for St.Kitts” after the COVID-19 pandemic began to ease on the island. He hinted however at a possible increase in passengers in the new tourist season.

“Cruise arrivals in St. Kitts; this has been a mainstay for us especially after the pandemic. The cruise business, in terms of visitor arrivals, was like the lifeline for St.Kitts, so we’re very happy that we had over 380,000 cruise passengers that arrived in St.Kitts and over 336 calls. The summer in St. Kitts in terms of cruise arrivals and travel to the Caribbean is a bit sparse and we really need to work on the cruise lines to see how we can get more business for the islands during the summer months. In terms of what we are looking forward to in the new season, that’s looking robust for us and we’re looking to double the number of passengers coming into St.Kitts in the upcoming season,” said Thompson

A critical aspect of the Tourism Industry is airlift and it is expected that airlift will increase due in part to the lifting of the COVID-19 entry protocols, and the return services of major airlines.

Thompson said, “We’re very optimistic that all our legacy carriers will be returning to St.Kitts and those that served the destination pre- pandemic are coming back to us.”

Some airlines on schedule for travel to St.Kitts are American Airlines, Delta, United Airlines, Air Canada, Seabourne, Winair, LIAT and the continued service of British Airways. Meanwhile, Thompson said St. Kitts Tourism Authority is working with the St. Eustatius based ferry “Makana” which will begin operation this fall between St. Kitts, Saba and St. Eustatius.

Thompson mentioned that EcoTourism is a main highlight of the island, noting that St. Kitts is one of the few countries in the world where the rainforest is expanding rather than contracting. He also spoke about improvement in the local cuisine which is a major offering to attract tourists.

On September 20, the St.Kitts Tourism Authority will launch a new brand campaign for the island in New York City. According to the CEO the focus of the campaign is enhancing visual assets through photography,a redefined website, content stories and video ads.