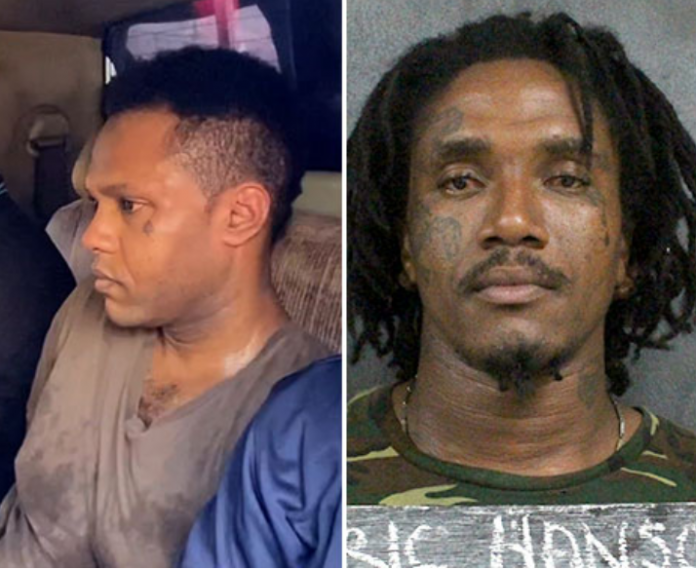 (iWitness News) The two accused murderers who escaped prison earlier this week, arrived around 5 a.m. on Wednesday, dressed in black, carrying Kentucky Fried Chicken, bread, cash, and “nuff knives” at the Lowmans Leeward apartment where they were recaptured one day later.

When they knocked, 29-year-old Shadene Farrell, one of two residents of the apartment, opened the door. The other resident, Iesha Holder, the girlfriend of one of the escapee’s brothers, was not at home.

It was the first time that Farrell was seeing, in person, accused murderer Ulrick “Chucky” Hanson.

However, she had seen the other fugitive, Veron Primus once before, four years ago, when she had visited the Her Majesty’s Prison (HMP) in Kingstown, from which he escaped twice in just over a year.