EU Puts Tariffs On US But Hopes For Change With Biden 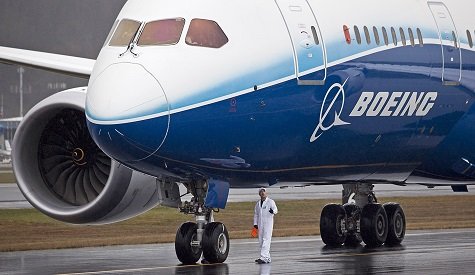 BRUSSELS (AP) — The European Union said Monday it would put tariffs on up to $4 billion worth of U.S. goods and services over illegal aid for plane maker Boeing – but expressed hope that trade ties would improve once President Donald Trump leaves office.

European officials agreed on the move a few weeks after international arbitrators gave the EU the green light for such punitive action. The World Trade Organization had deemed illegal some U.S. support for Boeing – which is a bitter rival to Europe’s Airbus – and said the EU could make up for that with a limited amount of penalties on U.S. trade.

“Regrettably, in spite of our best efforts due to the lack of progress from (the) U.S. side, we can confirm that the European Union will later today exercise our rights and impose counter-measures awarded to us by the WTO,” EU Commission Executive Vice-President Valdis Dombrovskis said.

A year ago, the WTO ruled in a similar fashion in favor of the United States, allowing it to slap penalties on EU goods worth up to $7.5 billion – including Gouda cheese, single-malt whiskey and French wine – over European support for Boeing rival Airbus.