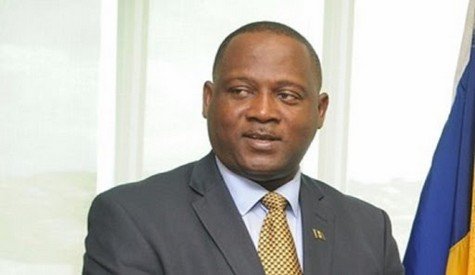 (Barbados Today) Convicted on money laundering charges he strenuously denies, former Government minister Donville Inniss has pledged to fight the USA judicial system with every sinew in his body to prove his innocence.

Inniss, who faces sentencing in November, lost a motion last month to have his conviction overturned based on the insufficiency of the primarily circumstantial evidence presented by the prosecution. In her judgement, District Judge Kiyo Matsumoto said such motions rarely succeeded and in determining whether to grant a motion for judgment of acquittal, the court not only had to view the evidence in the light most favourable to the prosecution but had to be careful not to usurp the role of the jury. Inniss indicated that he has not had the opportunity to discuss the Judge’s recent ruling with his lawyers.

“There was no communication between myself and the board members of BIDC regarding issuance of insurance contracts. For me as minister to have influenced the process, I would have had to influence the board of the BIDC and the board members included a Barbados Manufacturing Association (BMA) representative and trade union representative. It wasn’t just political appointees. I consider the then BIDC board to be very competent and very professional and they would not have allowed any minister to dictate such to them. I was very proud of the board that served then,” he said.

In January Inniss, who served as Minister of Industry, International Business, Commerce and Small Business Development, was found guilty of money laundering. He was accused of being paid $36,000 to guarantee the renewal of a contract with the BIDC and subsequently transferring the money to his US bank account.

The former minister added: “One of the points that I wish to get over too is that when I finally reviewed documents that I have been made privy to recently, the ICBL at one point in time held 100 percent of the BIDC insurance. This was eventually dwindled down to 50 percent during my first year as Minister of Industry. In the 2014-2015 period, the three insurers were ICBL with 50 percent, CGI [Consumers Guarantee Insurance CO. Ltd.] with I think 30 percent and Trident Insurance about 20 percent. In 2015-2016, which is the year in dispute, ICBL got 70 percent and CGI got 30 percent. And I have had sight of the minutes of the board meetings of BIDC where the insurances were discussed in the presence of all board members, where it was decided that ICBL should get 70 percent and CGI get 30 percent because on documents I have seen since the trial, the board had concerns about Trident Insurance. And the board took the decision that ICBL should get the additional 20 percent that previously went to Trident and CGI got 30 percent.”