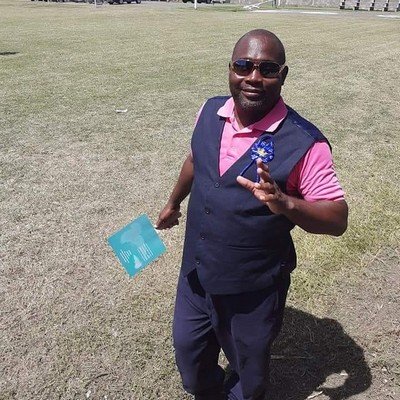 St. Kitts and Nevis (WINN): Time and time again, we have heard of the struggles of stakeholders within the tourism industry globally.

Even with the rollout of several vaccines and the now universal non-pharmaceutical means to protect oneself, the virus continues to spread and mutate, and in some countries, tourism continues to take hits.

One subsection of the tourism industry that has been hit hard is the Taxi Drivers and Tour Operators.

WINN had the chance to speak with Ian “Lion King” Nisbett, a tour operator and owner of Sugar Land Tours St. Kitts, about the impact the pandemic, had on his business; this is what he had to say, “Well, to be honest, it affected me a lot. I am one of those taxi drivers who have lost their vehicle from Horsford, [because of] COVID, which set me back somewhat, you know, way back because I can’t operate like I used to, through no fault of mine. But business places still need their money, so we were asked to bring in our vehicles; a few of us, not only myself but a few other taxi drivers, we lost our possessions.”

During the invited comment, he reported from his personal experience that the public’s preconceived notion concerning the financial security of taxi drivers is misconstrued. He explained that the seasonality of tourism and general overhead costs make it difficult for taxi drivers and tour operators to be fiscally stable in times of crisis.

“People look at us and say, “oh, three ships are in”, but people don’t look at the overhead of a taxi driver in terms of the payment. For example, my payment a month used to be almost EC$2,000… That has nothing to do with gas; that has nothing to do with insurance. So, even sometimes a person saves EC$13,000 after the season, when there’s only one boat coming in a week or two boats coming in a week, and sometimes even in a one or two boats, you as a taxi driver to get a job, you still have to tap into those resources that you saved. So people shouldn’t attack us and ask, “What do we do with the money?” … Sometimes, in a month’s time, just the vehicle alone used to cost me over EC$3,500 between the payment and gas. People are on the outside speculating, but they have to be on the inside and see how it is for a taxi driver/tour operator.” 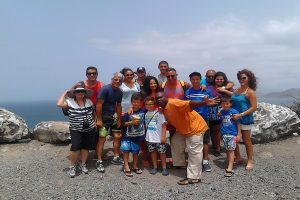 How has he been surviving?

” I do little odds and ends. I’m actually into food and beverage, so I do a little cooking from home… Sometimes the dance pays for the lights, but you can’t just stop and be sympathetic all the time; you have to get up and go again. You have to dust off and keep going. It’s gonna take a while before [taxi operation comes] back fully. What I would say is it’s going to take a lot of taxi men and women to be online to really make a comeback because … a lot of people are going to be booking tours online [for safety and recommendation and all that]. It’s going to be a different route now, in terms of people being more precautious … they want to know that they are safe, the person is reliable, and that’s the kind of thought.”

Recently, it was reported by the Minister of Sport, Jonel Powell, that some 500 people from St Kitts and Nevis gained from over EC$2 million in the first two weeks of the Caribbean Premier League T20 tournament that was held on St. Kitts.

Nisbett was one of those 500 who benefited. He explained that the benefit to taxi operators was tremendous, considering all tournament games were held in St. Kitts compared to pre-COVID, where the games were spread out.

“A lot more taxi men and women benefited from CPL this year than over the previous years. Because over the previous years we only used to have like sometimes six matches and sometimes the semifinals and finals; so sometimes we’ll have maybe six, maybe eight or ten matches. But to see all 33 matches were held in St. Kitts this year, it was really good for a lot of tour operators who actually benefited from CPL this year.”

The full brevity of the benefits of CPL to the Federation will be released at a later date, however, the entrepreneurs and all those who were able to take part in CPL, whether directly or indirectly, would report that they benefited considering the hit our economy took from the Pandemic.

At the end of the interview with WINN, the “Lion King” urged the general public to reconsider any preconceived notion they have of taxi drivers and tour operators and ended by saying, “A real taxi driver is an ambassador to the country; because they promote the country.”