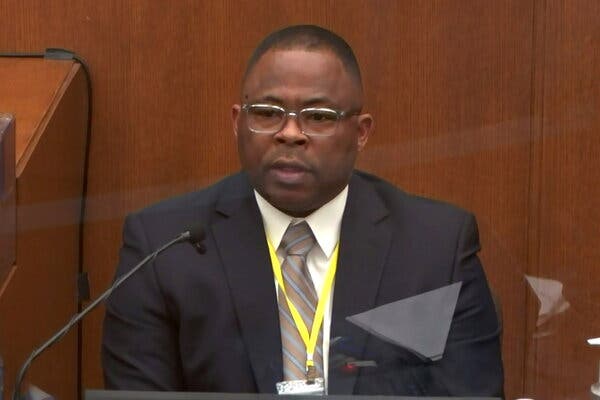 MINNEAPOLIS (AP) — Officer Derek Chauvin had his knee on George Floyd’s neck — and was bearing down with most of his weight — the entire time the Black man lay facedown with his hands cuffed behind his back, a use-of-force expert testified Wednesday at Chauvin’s murder trial.

Jody Stiger, a Los Angeles Police Department sergeant serving as a prosecution witness, said that based on his review of video evidence, Chauvin’s knee was on Floyd’s neck from the time officers put Floyd on the ground until paramedics arrived — about 9 1/2 minutes, by prosecutors’ reckoning.

Prosecutor Steve Schleicher showed jurors a composite image of five photos taken from various videos of the arrest. Stiger went through each photo, saying it appeared that the Minneapolis officer’s left knee was on Floyd’s neck or neck area in each one.