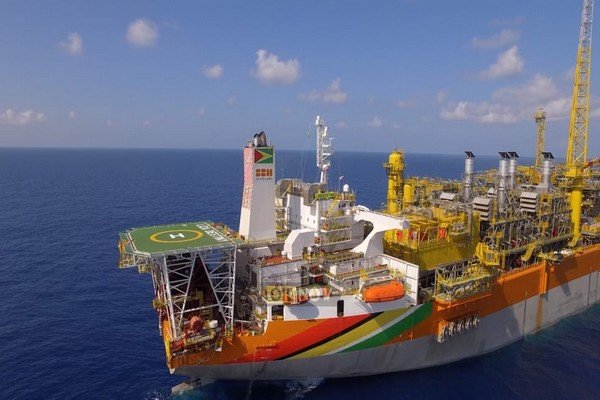 (Demerara Waves) ExxonMobil, the American operator of the Liza Phase One well, has reduced oil production offshore Guyana by 90,000 barrels per day, putting output at a mere 30,000 barrels per day due to faulty equipment aboard by the Floating Production Storage and Offloading (FPSO) vessel, Liza Destiny.

” We have reduced production to a minimum level that mitigates formation of hydrates in subsea systems, maintains gas injection and fuel gas to the power generators, and minimizes flare,” ExxonMobil said in a statement. The company was producing 120,000 barrels of crude per day.

The company, which is the operator in the Stabroek Block offshore concession, said the problem was now with a discharge silencer. “As we conducted the final testing phase of the reinstalled flash gas compressor and other components of the system on the Liza Destiny FPSO, we encountered an additional problem with the discharge silencer,” ExxonMobil said.

In making the announcement late Tuesday, the company stopped short of saying that it was fed up of the problems that have dogged its operations since Guyana became a commercial oil producer in December, 2019.