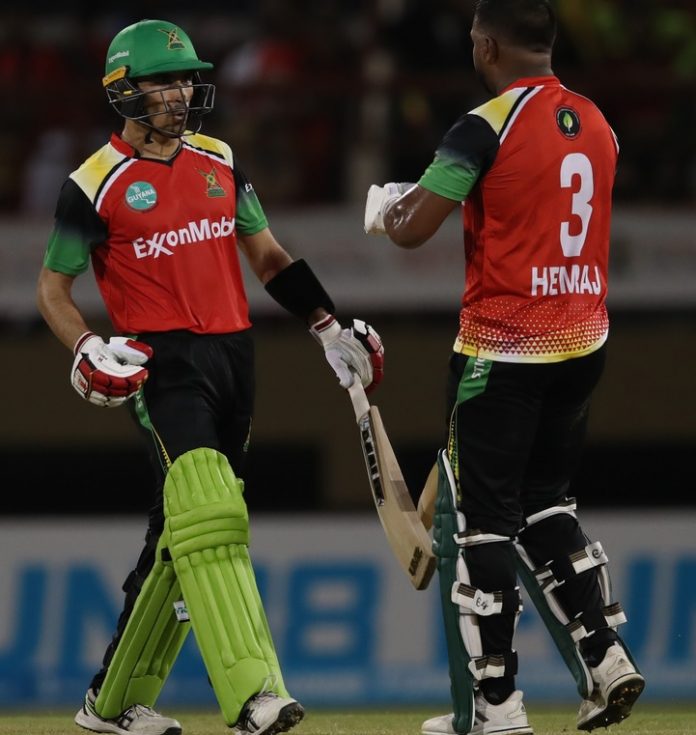 CPL Press Release – Guyana Amazon Warriors made it two from two in their home leg of the Hero Caribbean Premier League (CPL) with a thrilling run chase to defeat the Saint Lucia Kings.

The Kings won the toss and opted to bat first, and their captain Faf Du Plessis showed why with a magnificent century to lead the way. His 103 came off 59 balls to help his side set the highest team total in the Hero CPL this year. An outstanding 194/5 looked like an unchaseable target but the Amazon Warriors had other ideas.

Rahmunullah Gurbaz and Chandrapaul Hemraj got the Amazon Warriors reply off to a fantastic start reaching 71 runs at the end of the PowerPlay and that enabled the Warriors to always be in the hunt for victory. Despite a flurry of wickets after the PowerPlay, Shai Hope and Shimron Hetmyer paced the chase superbly and the Warriors were able to get home with four balls to spare.

Earlier the Kings had shown what a good wicket it was, teeing off from ball one to reach 100 runs in 10 overs. Du Plessis was faultless in his stroke play targeting all corners of the ground and brought up his century in the 17th over of the match.

Late runs from Roston Chase helped the Kings set the Warriors 195 to win but if the chase seemed insurmountable the Warriors made light of it in front of a fever-pitch Providence crowd.

Gurbaz set the tone in the PowerPlay blasting 52 off 26 balls and this laid the platform for Hope and Hetmyer to pace the remainder of the chase appropriately. When Hetmyer fell for 36, Hope simply took up the mantle leading the Warriors home with a superb half-century.

His 59 runs came off 30 balls as he made it back-to-back fifties in the Hero CPL and consecutive wins for the Amazon Warriors.