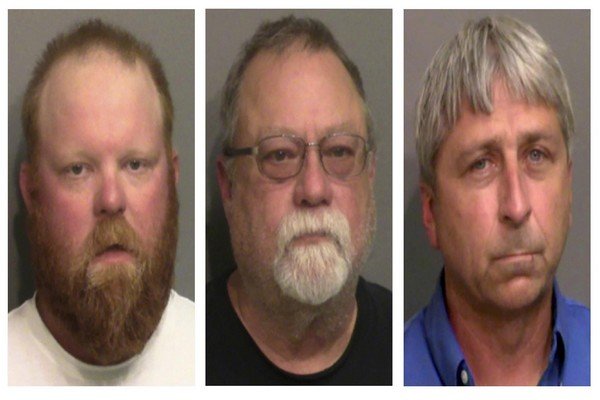 (NPR) Jury selection is scheduled to begin Monday in the federal hate crimes trial of the three Georgia men charged in connection with the death of Ahmaud Arbery, a Black jogger whose 2020 shooting fueled protests and calls for racial justice.

The Justice Department has charged Travis McMichael, his father, Greg McMichael, and their neighbor William “Roddie” Bryan with hate crimes and attempted kidnapping of the 25-year-old. All three defendants are white, while Arbery was Black.

The federal proceeding is set to begin one month after the three men were sentenced to life in prison in a separate murder trial in Georgia state court. A jury there found the trio guilty of felony murder and other charges in connection with Arbery’s death.

How the federal and state cases differ

The federal trial focuses on whether the killing was racially motivated and whether the defendants violated Arbery’s civil rights. The state case did not address motive.

Former Massachusetts Gov. Deval Patrick, who used to lead the civil rights division at the Justice Department, says that historically, federal prosecutions like this were a backstop — a way to seek justice if a state or local prosecutor did not go after such crimes. Today, though, he says it’s more about taking a national stand against racist behavior.

“In the most egregious examples, even if there has been a conviction in a state court, there’s a national interest in there being federal consequences. And I think this is one of those cases,” Patrick told NPR.

Two years ago, Georgia did not have a state hate crimes law that would have applied here. The public outcry over Arbery’s murder changed that.

What happened the day Arbery was killed

Travis McMichael, who testified in his own defense during the state trial, described the Feb. 23, 2020, confrontation in detail. He said he and his father chased Arbery in their pickup truck, believing that he might be the person responsible for a recent string of break-ins in their Satilla Shores neighborhood. Bryan joined the pursuit Arbery.

At one point, Travis McMichael and Arbery got into a fight, and McMichael fired his shotgun at Arbery, killing him.

Arbery’s family members called the killing, which was captured on video by Bryan and later leaked to the public, a “modern-day lynching.”

Travis and Greg McMichael were planning to plead guilty to the federal charges, but they withdrew their pleas after U.S. District Judge Lisa Godbey Wood rejected the plea agreement presented by prosecutors because of objections from Arbery’s family, The Associated Press reported.

“The Justice Department takes seriously its obligation to confer with the Arbery family and their lawyers both pursuant to the Crime Victim Rights Act and out of respect for the victim,” Assistant Attorney General Kristen Clarke said in a statement.