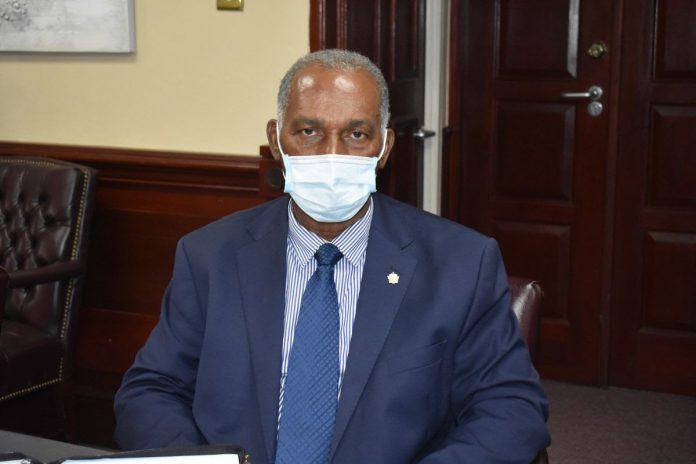 BASSETERRE, St. Kitts (Press Unit in the Office of the Prime Minister) – The Federation of St. Kitts and Nevis has reaffirmed its commitment to continuing its strong and mutual partnership that it currently shares with the Government and people of the Republic of Cuba.

This reassurance was given by Ambassador His Excellency Vance Amory, who represented St. Kitts and Nevis, on behalf of Prime Minister Dr. the Honourable Timothy Harris, at the 7th CARICOM-Cuba Summit held via videoconference on Tuesday, December 08.

His Excellency Amory used the occasion of the summit to renew St. Kitts and Nevis’ call for an end to the decades-old economic embargo placed on Cuba by the United States of America.

“We support [Cuba’s] efforts to be part of the international marketplace without the discrimination which the U.S. embargo has placed on them. St. Kitts and Nevis will always support Cuba and will always call for the removal of those unfair measures which impose pressures not on just the people of Cuba but of the region, because if one part of the region suffers then the whole region suffers,” the ambassador added.

Additionally, Ambassador Amory expressed appreciation on behalf of the people of St. Kitts and Nevis to the Government of Cuba for its continued assistance in the development of the Federation, particularly in the area of health and healthcare delivery.

He noted that this assistance by the Cuban government has “enabled us to improve the provision of healthcare in St. Kitts and Nevis.”

On December 08, 1972, Cuba established diplomatic relations with the four newly independent CARICOM Member States, namely: Barbados, Guyana, Jamaica and Trinidad and Tobago. CARICOM-Cuba Day was officially established in 2002 to celebrate the ties that continue to exist between Cuba and the Caribbean Community.