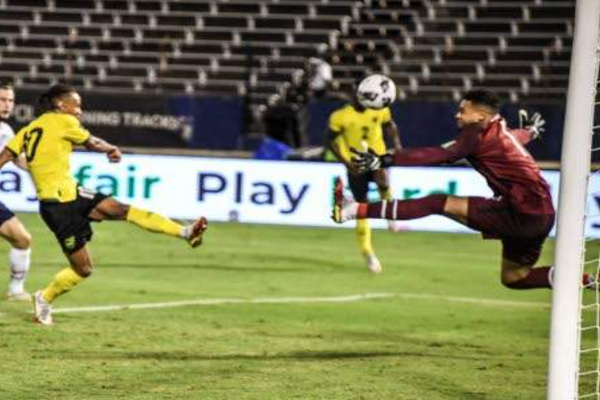 (Jamaica Observer) The Jamaica Football Federation (JFF) has been fined Swiss Francs 1,000 by FIFA for a bottle-throwing incident which took place near the end of the World Cup qualifying game against the United States at the National Stadium last month.

A plastic water bottle was thrown from the bleachers near the running track and the incident was reported to the FIFA security officer on site.

The JFF appealed the decision by the FIFA which subsequently responded that the appeal was inadmissible. In its appeal, the JFF expressed regret at the incident, pointed to its constant appeal to fans through different means not to throw objects, as well as the limitations on the sale of refreshments inside the stadium.

“The Jamaica Football Federation is ordered to pay of one thousand Swiss Francs (CHF 1,000) for the inappropriate behaviour of its supporters (throwing of objects) in connection with the match Jamaica vs USA played on 16 November 2021 in the scope of the preliminary competition for the FIFA World Cup Qatar 2022™, Concacaf Zone. The fine is to be paid within 30 days of notification of the present decision,” FIFA said.

Meanwhile, the JFF is using this this opportunity to remind spectators that they must follow all outlined protocols once they are within the confines of the National Stadium on match day. Another breach could threaten Jamaica’s hopes of hosting international games in the future.