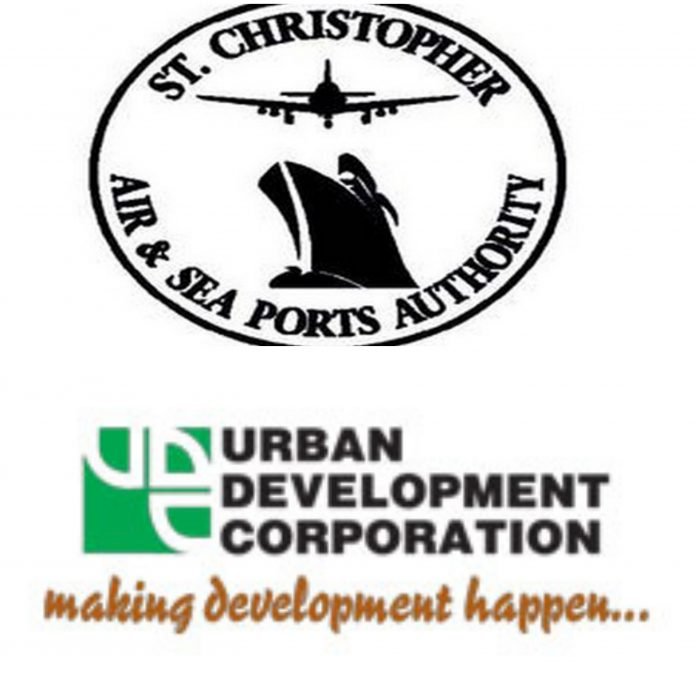 St. Kitts and Nevis (WINN): An exorbitant payroll, unauthorised employment of people, and unreasonable spending from the coffers of the St. Christopher Air and Sea Ports Authority (SCASPA) and the St. Kitts Urban Development Corporation Limited (UDC) are the reported reasons for the immediate reshuffling of board members for these corporations.

That is according to the Hon. Wendy Phipps, Minister with responsibility for SCASPA and UDC after a review of pertinent organizational documents and a meeting with senior management.

“Based on my introductory meetings to familiarize myself with SCASPA, it came to my attention that 62 people were hired between January 2022 and May 2022. My concern was further heightened by the fact that a number of persons who are newly hired were being paid significantly more than other employees who had been hired between four to ten years prior to do the same jobs.”

“What has exacerbated this situation is that in spite of my written and oral directive to place a freeze on hiring, five additional hires were done with a number of them being paid at this exorbitant rate.”

Minister Phipps who assumed responsibility for SCASPA and UDC in early May 2022 said the new hires come at a time when SCASPA is strapped for cash.

“The net effect of this situation is that these 67 new hires create an extra payroll burden to SCASPA of almost $2 million per year. This unfortunate situation comes at a time when SCASPA is illiquid and is unable to cover its expenses. In fact, the Ministry of Finance has confirmed that between September 2020 to December 2021, it has rendered financial assistance to SCASPA to the tune of $17,287,767.00. What is even more disconcerting is the fact that the board and management of SCASPA will most likely be making a capital call on the Federal Ministry of Finance by July of 2022 in the amount of some $7.3 million.”

All things being equal the 67 new hires would be receiving $2,487 a month with the added payroll amount of $2 million per year.

In addition, Minister Phipps indicated that a March 2022 report from the Government Entities Monitoring Unit determined that SCASPA presents a high financial risk to the government.

Investigations reveal that board members benefited from the sale of goods and services to SCASPA. Minister Phipps said this goes contrary to the St. Christopher Air and Sea Ports Authority Act, Cap. 8.07. Part 3, section 17 speaks to powers and duties – “it shall be the duty of the Authority to operate the ports as appears to it best calculated to serve the public interest.”

Minister Phipps, in a press briefing on Friday, May 27, went on to reveal findings from the minutes of the UDC which she obtained from the secretary of the board.

“Based on my perusal of the meetings it is clear that corporate credit cards were issued to both the chairman and chief executive officer. The credit limit on the card issued to the chairman is $26,250.00 while the one issued to the CEO carries a limit of $48,750.00. The minutes further state that the cards are to be used to make purchases on behalf of the corporation.”

Minister Phipps said the credit limit issued for the credit cards of the chairman and the chief executive officer is significantly greater than what was confirmed by the government financial secretary.

She added: “My research has also uncovered that the issue of conflicts of interest was evident at the board level of the UDC. Independent and credible verification prove that one director of the corporation had been asked to resign as a result of him writing a cheque to himself. It should also be noted that the said director, according to the minutes, was charged with spearheading the project to construct a security guard hut at the marina – a topic that has been the subject of much public commentary over the past several months including but not limited to discourse on the high-cost differential regarding the construction of such size and simplicity.”

In a Facebook live video taken on February 14, 2022, former Deputy Prime Minister Shawn Richards who was the Minister with responsibility for the UDC denied knowledge of the construction of the security guard hut.

“I should also state that based on the minutes, that the original estimate was pegged at $227,000.00 which was subsequently reduced to $150,000.00. In the said minutes, queries were also raised as to who authorised the project’s mobilization fees and to who were such cheque payments made.

A number of other areas of concern have also surfaced in the review of the board minutes. One case in point is the listing of UDC project/financial obligation which is an outline of large amounts that were to have been paid out by the UDC in 2021. While most of these expenses were related to operational costs, there appears to have been a provision of support to the former Deputy Prime Minister Hon. Shawn Richards in the amount of $100,000.00 for the outfitting of his private box at the CPL. This line item is listed as support for the minister and staff incentives.

While I await the submission of the listed items, financial and otherwise, which I have requested from the UDC, we remain rather concerned as a government by the reports that documents that may have been pertinent in assessing the performance and compliance of the corporation are no longer available. We are equally concerned over other reports that efforts have been made to execute significant contracts without the courtesy of consultations with the new minister.”

“In light of these matters at SCASPA and the UDC, the following changes have been. In the case of the UDC, three new members were appointed to serve along with four others whose tenure will continue. In the case of SCASPA, three new members were also appointed to serve along with others whose tenure will continue,” said Phipps.

The Director of the Board at the UDC before the reshuffling was Mr. Stephen Duggins. Efforts to ascertain the identity of the previous board members were unsuccessful when WINN FM contacted the Chief Executive Officer of the UDC Mrs. Cindy Demming-Nias and Board Secretary Ms. Sheryl Nisbett who both declined to comment.

In a letter addressed to Mr. Duggins, the “St. Kitts Urban Development Corporation Limited has resolved by ordinary resolution, pursuant to Article 93(e) of the Articles of Association of the Company, that your office as a Director of the Company is vacated with immediate effect from May 25, 2022.”