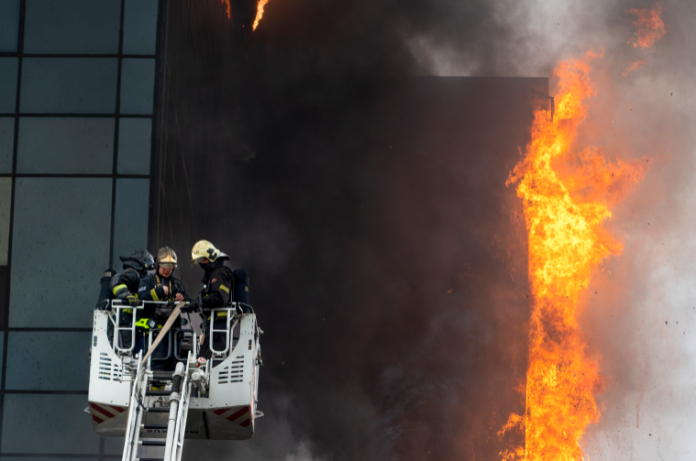 (Al Jazeera) A fire has ripped through a 10-storey business centre in western Moscow, injuring at least two people, according to authorities.

Friday’s blaze was put out after more than 120 people were evacuated, the emergencies ministry said.

“At 12:32 [09:32 GMT] the fire was fully extinguished,” the emergencies ministry said in a statement on messaging app Telegram.

The ministry said earlier that “more than 120 people had been rescued from the burning building”.

Moscow Mayor Sergei Sobyanin said two people required medical help and one of them was treated on the spot.

“Their lives are not in danger,” Sobyanin said in a statement.

The blaze covered an area of 1,000 square metres (10,764 square feet), the ministry said, adding that 180 people and 41 pieces of equipment battled the fire.

Fires are a frequent occurrence in Russia and are often due to non-compliance with safety standards or the dilapidated state of the premises.