Fiscal Deficit Persist on Nevis – No New Debt Acquired in 2021 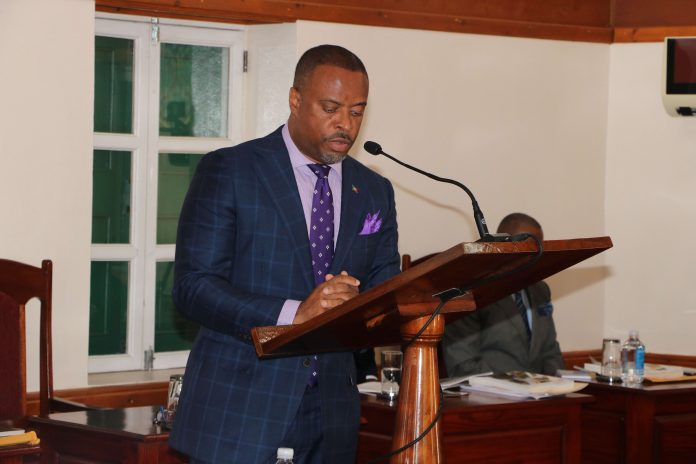 St. Kitts and Nevis (WINN) – “Our fiscal position as at November 30, 2021, can be best described as stable,” said Premier of Nevis, the Hon. Mark Brantley in his opening remarks during day one of the 2022 Budget Presentation of the Nevis Island Administration on December 7.

The Premier provided a breakdown of the fiscal position of Nevis for 2021 compared to 2020, and based on his reports, the COVID-19 pandemic and its fallout is the main cause of the lack of growth in Gross Domestic Product and the persistence of the island’s fiscal deficit.

“The total recurrent revenue generated as at November 30. 2021 amounted to $108.38 million, which represents a slight increase of $5.37 million or 5.22 percent over the results of the same period in 2020, where the recurrent revenue generated at that time was $103.01 million. This revenue, coupled with the amount of $41.25 million, received as a share of revenue from the CBI program, administered by the Federal Government, resulted in an overall total revenue as at the end of November this year, of $149.63 million,” reported Brantley.

According to the International Monetary Fund (IMF),  the pandemic resulted in an estimated annual decline in GDP of 12½ percent.

The general government’s first fiscal deficit (4.7 percent of GDP) since 2010 and officials project a further decline in GDP of 1 percent in 2021, followed by 10 percent growth in 2022.

Brantley did report that the deficit has shrunk compared to last year.

However, Nevis has been able to hold on to its surplus, although it has contracted from the surplus of 2020.

“We have been able to maintain our primary balance surplus, which stands at $2.24 million for that period under review. In comparison to the same period last year, the surplus stood at $3.16 million, indicating for this year a contraction of 29.01percent,” reported the Premier of Nevis.