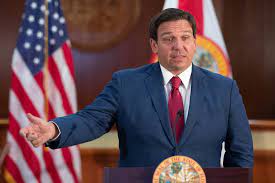 Florida, (Caribbean News Digital)- The U.S. state of Florida, the most impacted by the cruise industry’s continued shutdown, could sue the Centers for Disease Control and Prevention (CDC) over its refusal to end restrictions on U.S. cruise lines.

In a press conference with cruise line executives last week, Florida Gov. Ron DeSantis called on the CDC to lift its order, explaining that “one of our major industries has been idled by the federal government for over a year and we need to get these cruise lines operating again.”

The CDC has refused to budge on its Conditional Sail Order (CSO), which was put in place after it lifted its No Sail Order last year. In a statement, the CDC said the CSO will remain in effect until Nov. 1, 2021.

Cruise lines on Friday told DeSantis that the industry had been unfairly targeted by the CDC, even as its peers in the travel industry, including theme parks, have been allowed to welcome guests once again.

The executives told DeSantis that the order not only impacts their business but the businesses of other adjacent companies that benefit from the cruise industry, including their suppliers, that include local companies in Florida and their travel agent partners.

While DeSantis, and Florida Attorney General Ashely Moody, did not commit a lawsuit against the CDC on Friday, Moody said that the state was exploring its legal options should the CDC continue to prevent cruise lines from restarting.
Source: Travel Market Report