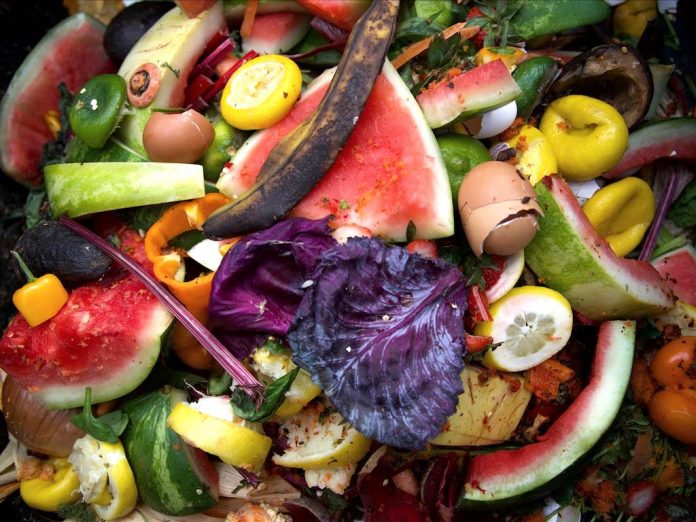 St. Kitts and Nevis (WINN): The head of the Media Unit in the Ministry of Agriculture, Fisheries and Marine Resources, Chaira Flanders, reports that food waste and crop destruction are two problems facing the farmers of the Federation.

In a conversation with WINN, Flanders shared that farmers have complained about not having enough buyers for their yields.

In light of the food wastage experienced by farmers, agro-processors are necessary to create goods from the by-products of food that did not make it to the hands of the consumers fresh and aid in the extension of shelf life, while reducing the waste and contributing to overall food sustainability.

“When persons hear us say that we waste too much food, they say no, we don’t have enough food. But when we think about it, we have, on numerous occasions, received calls from various farmers complaining, “I had over 200 pounds of pumpkin and the pumpkin was wasted because I didn’t have anybody to sell it to; everybody sending their food to the supermarkets.” Why aren’t we using the pumpkin to make compost? Why are we not using those products, those foodstuffs, the vegetables? Why are you not using those things and turning them into other things and actually extending their shelf life? Because if you really think about it, using the food that is wasted in the field and turning it into something that can go on the shelf for six months allows us [the consumers] the opportunity to go and buy what could have been thrown away.”

The agricultural sector is not seen as a preferred career choice for many, and the Ministry has observed that while there are people interested in the industry, that interest is not committed.

“We have lots of [people] who are interested, but they’re not serious about it. Farming takes a lot. It’s not just going and planting and then expecting. We need more people to do it. There are people who can do it, but there’s no push – there’s no glitz and glam.”

If the perception of the Agriculture and Fisheries sector is not changed, it will be challenging to achieve the goal of reducing St. Kitts and Nevis’ food import bill by 25 percent by 2025.

“No longer can agriculture be placed on the back burner. No longer should agriculture be considered less than any other sector. Because I don’t think that focus has strongly been placed there. We have so much more to [do] so much more that we can be doing, and it is literally an all-hands-on-deck approach to achieving food security. So we need that.”

“With the rollout of a new facility, giving more assistance to the agro-processers that we have; because we have quite a number of agro-processers. Most [people] don’t know who they are – you know, assisting them with marketing and branding. All of those things should be taken into consideration, and those are things that we are going to try as much as possible to work on because we realise how important their role is in ensuring that we start on food wastage.”

Some animals, namely pigs and monkeys, continue to destroy farmers’ crops, and the Ministry suggests that even if there is culling, farmers should move toward more protective farming methods to lower the amount of food destruction.

“We’re experiencing, right now, lots of complaints about feral animals. So one of the things that we’re highlighting [is] how can we get around that problem? Farmers [complain] about pigs and monkeys destroying their crops consistently. The truth is, we can get rid of the monkeys as much as we possibly can, but they’re not going anywhere. The monkeys are here. We could lessen the population, but they’re still going to be here. We must try to find alternative ways to combat these issues. And one of the things that we are focusing on is the protected structure – having greenhouses used more so that during climate change – the weather that is so hot predictively changes all the time – having protected structures and learning more innovative ways to farm and fish using sustainable practices. That is exactly how we would be able to achieve our goal of reaching the 25 by 2025.”

The head of the media Unit said the Ministry cannot fully support all stakeholders, whether financial or otherwise, and suggested that farmers, fishers and agro-processors work in collectives to support each other in achieving development in the sector.

“Function as a group, because you will learn more when you’re working together with other people. All of them (farmers, fishers and agro-processors) should have their own [cooperatives] so that they can give us feedback because it is not possible for [the] government to give all of the resources to all of the groups; it is not possible for us to do that. Not right now. Because we have so much more work that we need to do, we have a lot of things – we have policies that we need to put together before we can do that. And it starts with making agriculture the focus. We’ve relied heavily on tourism, and April 2020 showed us exactly why we can’t only rely on tourism. Hopefully, that is where the lesson will be learned; that we have to focus more of our efforts and financial backing on agriculture because we can’t do it without the funds. [There’s] lots of programs, lots of ideas, lots of things to roll out, lots of assistance to give, but we must have the financial backing to do that as well.”

Flanders is encouraging stakeholders in the sector to come out and participate in the World Food Day week of activities to commence on October 15 so that the ministry could receive necessary feedback on how to move the agriculture sector forward.

The Media head indicated that the ministry aims to roll out initiatives, discussions and programs to increase the support of farmers, fishers and agro-processors in 2023.