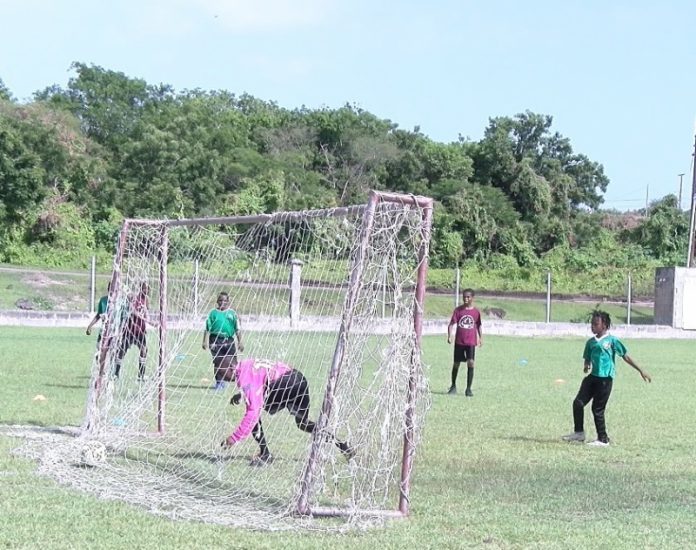 St. Kitts and Nevis (Sports Page) – The scoreline does not really do justice to the level of competition offered by the Nevis Academy football team.

The official results would show that in a practice encounter played on the afternoon of Tuesday 11th October, the Ivor Walters Primary School defeated the Nevis Academy 6 goals to 2 at the Bath village playfield.

However, for those who witnessed the encounter, it was obvious that the Nevis Academy team may well pull off a couple of upsets in the upcoming tournament.

According to one spectator, speaking of the Nevis Academy team:

‘They have two good guys there at the top and that girl in the back, boy, she good!’

However, the more highly ranked IWPS team, eventually showed more experience and skill to take the game by that comfortable margin

Meanwhile, the grand opening of the much anticipated Primary Schools’ Football championship is scheduled for Wednesday 19th October, starting at 12.30 p.m. with an official opening ceremony.

There has been a late change of venue for the tournament.

Instead of the opening ceremony and matches at the VOJN field, as was previously announced, the venue will now be the ET Willet Park.

The four matches scheduled for that opening day are: