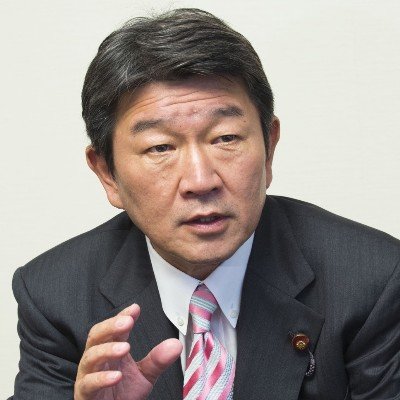 At the outset of the meeting, Minister Motegi expressed his condolences over the murder of H.E. Mr. Jovenel Moïse, President of the Republic of Haiti, in the early hours of July 7.

1. Minister Motegi stated that this is the first time for a Japanese foreign minister to attend a CARICOM ministerial-level conference in a Caribbean country, that Japan places importance on its relations with CARICOM, which shares the same basic values as Japan, and that he hopes to hold exchanges of views on matters such as the post-COVID-19 international order. The Honourabe E.P. Chet Greene, MP, Foreign Minister of Antigua and Barbuda, , the Co-Chair for the CARICOM side, welcomed Minister Motegi’s visit and expressed his intention to further strengthen Japan-CARICOM relations. Also, he expressed his hope for the success of the Tokyo Olympic and Paralympics.

2. Minister Motegi and the CARICOM foreign ministers confirmed that Japan’s assistance to CARICOM is progressing and exchanged views on measures against COVID-19, disaster resilience, the environment, and responding to climate change. Minister Motegi emphasized the importance of international collaboration on measures against COVID-19 and explained that Japan is implementing measures such as “Last One Mile Support,” which provides medical equipment and builds cold chain systems, and, in relation to natural disasters, a shared challenge of Japan and the CARICOM, that Japan is striving to strengthen disaster prevention and mitigation capabilities and providing aid in response to the volcanic eruption in Saint Vincent, among other matters. The CARICOM foreign ministers expressed gratitude for Japan’s support and its consideration to small and developing states, emphasizing the severe impact of issues such as COVID-19 and climate change on the CARICOM member states and the importance of access to vaccines. .

3. There was discussion regarding cooperation in international fora, including in relation to regional affairs such as North Korea, the East China Sea, and the South China Sea, as well as United Nations Security Council reform. Minister Motegi outlined Japan’s initiatives towards the realization of a Free and Open Indo-Pacific and called for cooperation towards maintaining and strengthening the free and open international order based on the rule of law. In addition, Minister Motegi requested understanding and cooperation for the immediate resolution of the abductions issue.

[Reference 2] Three pillars of “Japan’s CARICOM Policy”
Announced by (then) Prime Minister Abe at the 2014 Japan-CARICOM Summit Meeting. (1) Cooperation towards sustainable development, including overcoming the vulnerabilities particular to small island states. (2) Deepening and expanding fraternal bonds of cooperation and friendship. (3) Cooperation in addressing challenges of the international community.

Suspect who tried to breach FBI office dies in standoff

J&J to end sales of baby powder with talc globally next year - https://www.winnmediaskn.com/?p=27788

📢 Your favs are sitting down with the the Premi

Dwight James, 32, of Farm Site, Sandy Point, has b

Three weeks ago, on July 22, WINN was made aware o

T'was the period when the days were silly We watch

Kemba Swanston, one of the three men pardoned by G

The day before the General Elections in St. Kitts