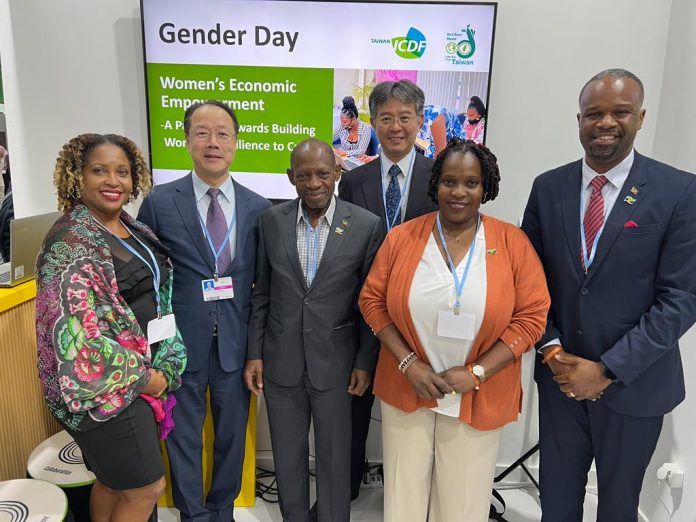 The dialogues began with The Republic of China (Taiwan) and during the joint session, ROC (Taiwan) expressed its commitment to support the Government of St Kitts and Nevis in its bid to transition from traditional energy consumption to renewable energy
Hon Dr. Denzil Douglas indicated during the meeting that ROC (Taiwan) has been a longtime friend for some thirty-nine (39) years. He reminded the gathering that Taiwan always supported the Federation’s energy transition.

The Foreign Minister said, “Now as we head to another critical transition in our nation’s history Taiwan has confirmed its support for St Kitts and Nevis. We are eternally grateful for the friendship because Taiwan has been a dependable partner. They have provided invaluable technical cooperation across all sectors. We deeply appreciate their loyal commitment to the advancement of St Kitts and Nevis. And so, we always have and will continue to be their loyal partner and friend.”

Dr. Douglas also held bilaterals with Egypt, The United Arab Emirates, Ireland and Nigeria in the hopes of securing partnerships in climate finance.

Following the series of meetings, Minister of Energy, Hon Konris Maynard and Minister of Environment and Climate Action, Hon Dr. Joyelle Clarke joined the bilateral where continued partnerships in energy and water security as well as waste management, were discussed.