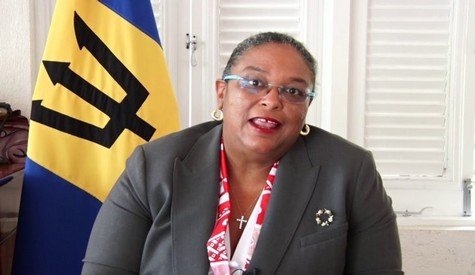 (Barbados Today) Prime Minister Mia Mottley is putting the blame for Barbados’ blacklisting by the European Union (EU) later today, at the feet of the former administration, but a former Attorney General says it’s time Mottley stop with the “immature” blaming of the Democratic Labour Party (DLP) for every challenge she faces.

Adriel Brathwaite, Attorney General in the last DLP administration was responding to a statement issued by Mottley yesterday in which she warned the country that within 24 hours the island would be blacklisted by the EU and that she had written German Chancellor Angela Merkel and EU president Charles Michel to register Barbados’ strong objection to the move.

Condemning the blacklisting as “wrong” and “disproportionate”, during a political meeting at The Glebe, St George on Sunday, Mottley blamed the last administration, saying the then Government repeatedly refused to answer requests from authorities in North America and Europe for tax information on international business companies that operate from Barbados.