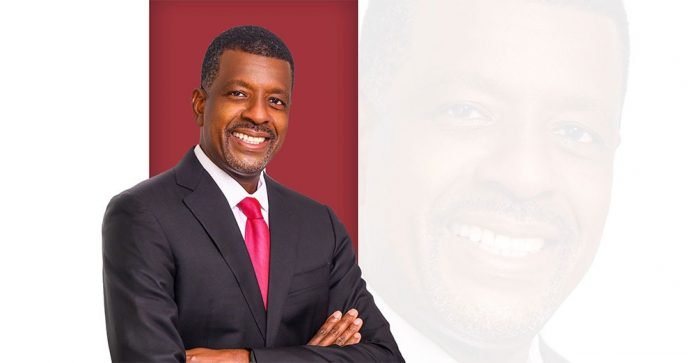 16 December, 2021; Barbados – Former Chairman of the Caribbean Centre for Renewable Energy and Energy Efficiency’s (CCREEE) Executive Board, the Honourable Dr Vince Henderson, has assumed a new role as the Minister for Planning, Economic Development, Climate Resilience, Sustainable Development and Renewable Energy in the Commonwealth of Dominica.

Dr Henderson was the first chairman of the CCREEE Executive Board following commencement of the Centre’s operational phase in 2018 and was previously Dominica’s Ambassador to the United States of America and Permanent Representative to the Organisation of American States (OAS).

The Honourable Dr Henderson was instrumental in the establishment of the CCREEE, coordinating with SIDS DOCK, the United Nations Industrial Development Organisation (UNIDO) and the Government of Austria for the receipt of technical and financial support by the Centre. The Hon. Dr Henderson also negotiated the CCREEE Headquarters Agreement with the Government of Barbados.

At his swearing in, he remarked that he would make use of his training and experience toward making Dominica the world’s first climate resilient nation, having made explicit mention of his expertise in renewable energy over the past decade.

The CCREEE extends its heartiest congratulations to the Hon. Dr Henderson and wishes him well as he champions resilience and sustainable energy, mainstays of the Centre’s strategic programmes.