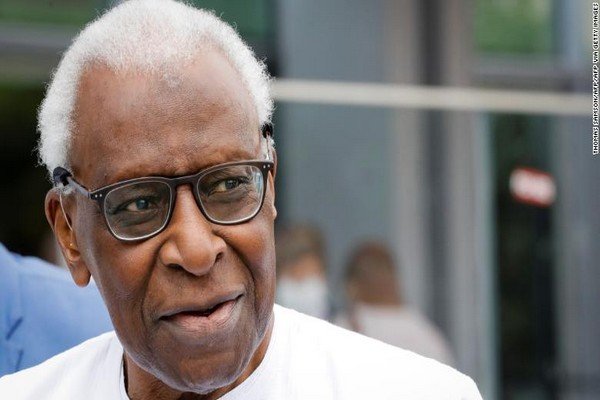 News of his passing was confirmed by Senegalese football club Jaraaf de Dakar where Diack was club president.

A statement posted on the club’s social media channels read: “Jaraaf de Dakar has learned with deep sadness of the death of Lamine Diack.

“A founding member of the club, he will leave a big void in the hearts of Jaraaf-Man and will forever remain a legend of Jaraaf. Our condolences go out to his family and loved ones,” the statement concluded.

Both Lamine Diack’s son, Papa Massata Diack, and niece, Awa Diack, were not immediately available for comment when contacted by email by CNN.

However, both have confirmed Diack’s passing to multiple media outlets.

Diack’s son, Papa Massata, told Reuters: “He died at home around 2 a.m. of a natural death.”

The International Olympic Committee (IOC), for whom Diack served as a member from 1999-2013 then an honorary member from 2014-2015, were also unavailable for comment when contacted by CNN.

World Athletics told CNN in an email earlier on Friday: “We have no information about this so we cannot comment.”

The Senegalese was one of the most influential men in the sport and led the International Association of Athletics Federations (IAAF), now renamed World Athletics, from 1999-2015.
Diack was sentenced to four years in prison, two suspended, last year after being found guilty on charges of corruption related to the Russian doping scandal.

He was found guilty of soliciting $4.1 million (3.45 million euros) from athletes suspected of doping to cover up the allegations and allow them to continue competing, including in the 2012 London Olympics.

Papa Massata Diack was also sentenced to five years in prison and handed a $1.19 million (one million euros) fine for his role in the corruption.

He fled France to Senegal after authorities opened the investigation and has always denied any wrongdoing.