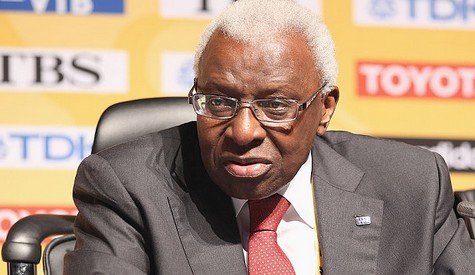 PARIS (AP) — Former track federation president Lamine Diack was sentenced Wednesday to two years in prison for corruption during his nearly 16-year tenure at the IAAF, most notably a scheme that allowed Russian athletes who paid millions in hush money to keep competing when they should have been suspended for doping.

The guilty verdict in a Paris court represented a spectacular fall from grace for the 87-year-old Diack, who was the powerful head of the IAAF from 1999-2015 and mixed with world leaders and was influential in the world of Olympic sports. The court also sentenced Diack to another two years of suspended jail time and fined him 500,000 euros ($590,000).

His lawyers said they will appeal, keeping Diack out of jail for now. Diack did not comment as he walked out of court.

One of Diack’s lawyers, Simon Ndiaye, called the verdict “unjust and inhuman” and said the court made his client a “scapegoat.”

Diack was found guilty of multiple corruption charges and of breach of trust but acquitted of a money laundering charge.