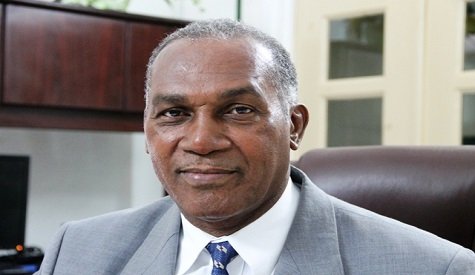 By Devonne Cornelius
St. Kitts and Nevis (WINN) — The Government of St. Kitts and Nevis will be undertaking a Public Sector Reform program which will be led by Ambassador Vance Amory, the former Senior Minister of Labor in the federal cabinet.
Prime Minister the Hon. Dr. Timothy Harris made the announcement during the Tuesday, October 20 edition of Leadership Matters.
“I have charged, inter alia, his Excellency Vance Amory to lead the program of Public Sector Reform of which performance measures are to be developed and implemented. Ambassador [Vance Amory] will be assisted in this regard by Mrs. Torfrida Rochester, Ambassador Everson Hull and a small group of support staff.”
Ambassador Amory has decades of experience in the public sector at various levels. He served as the Premier of Nevis from 1992 to 2006, and again from 2013 to 2017. He also served as a Senior Minister in the Federal Government of St. Kitts and Nevis from 2015 to 2020.
Dr. Harris who also has responsibility for Human Resource Management said the cabinet encourages the full support of all for this reform effort that is “critical to the delivery of a stronger and safer future.”
During the August 25, 2020 edition of Leadership Matters Prime Minister Harris said “The incentive-based compensation should serve as a powerful tool that motivates our most highly valued employees to enhance their work effort. “It is expected that enhanced efficiencies will lead to increased food production, technological innovation, and improvements in the global ease of doing business ranking for the federation. The changes may also serve as inspiration for persons within diaspora to return to provide expertise to their homeland.”
Public sector wages and salaries cost the government some $225 million per year. The Prime Minister noted that the period January to June 2020 have seen the government spend more than $113 million on payroll. However, Dr. Harris said the government, despite the continued loss of revenue, continues to pay all of its employees.
“Over 4,000 weekly public sector workers were paid on time. This group comprises the government auxiliary employees, 1,207 of them, and approximately 3,000 persons on our STEP [Skills Training Empowerment Programme]. Additionally, every month during this COVID-19 season, 5,109 employees and pensioners were paid on time. He added that “This government has not laid off one person to date despite the dramatic reduction in our tax collections. So far, total disbursements from January to September has totaled to $218 million dollars. By year-end, the government would have spent just about $300 million dollars in payroll associated costs.” Said Prime Minister Harris.
The Prime Minister also used the opportunity to commend the efforts of staff of the Ministry of Finance for their continued hard work and commitment.
WhatsApp
Facebook
Twitter
Linkedin
Email
Print
Previous article
Police Sergeant Charged In Connection With PCCU Fraud Case
Next article
Officials Move to Enforce COVID-19 Compliance